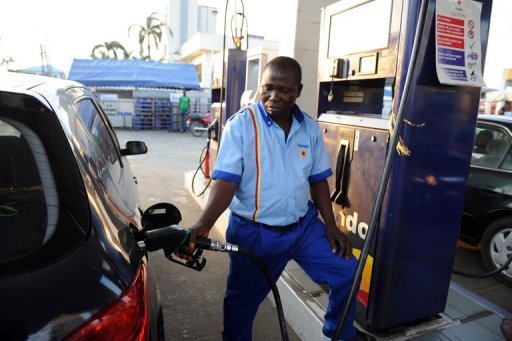 PPPRA noted that between August 5 and September 8, it observed a marked reduction in the volume of petrol trucked out from inland depots to various parts of the country, where they were needed.

“The Petroleum Products Pricing Regulatory Agency (PPPRA) has observed with keen interest the Premium Motor Spirit (PMS) supply trend since the partial closure of the country’s border, as indicators point to the gradual reduction in the volume of PMS trucked out,” a statement signed by PPPRA General Manager, Corporate Services, Kimchi Apollo, said.

The regulatory agency stated that the records it got from various depots nationwide showed that from August 5 to 11, the volume of petrol trucked out was about 61 million litres, representing the average daily volume trucked out before the border closure.

It noted that between August 12 and 18, there was a drop by about 35 per cent in the volume of petrol trucked out, from the previous week, which it added could be attributed to the reduction of activities at various facilities during the Moslem Sallah holiday.

“However, from the 19th to 25th August 2019, which falls within the period in which the borders were partially closed, the agency recorded an average daily truck out figure of about 57 million litres, which falls below the daily average figure for the week 5th to 11th August 2019.

“Similarly, from 26th August to 1st of September 2019, 371.82 million litres of petrol was trucked out, averaging a daily figure of 53 million litres. This represents a decline of about four million litres, when compared to the previous week.”

According to the statement, available data indicated there was a downward trend in the volume of daily consumption from September 2 to 8.

“The daily average truck-out figure for that week was 50.22 million litres, indicating a further reduction of 2.9 million litres.

“The high truck-out volume recorded before the partial closure of the nation’s borders could be attributed to the seepage of petroleum products across the border, coupled with the widening fuel price arbitrage with neighbouring West African countries.”

PPPRA described the downward trend in the consumption pattern as a welcome development and said efforts were being made to curb smuggling of petrol across the borders and guarantee availability of petrol.