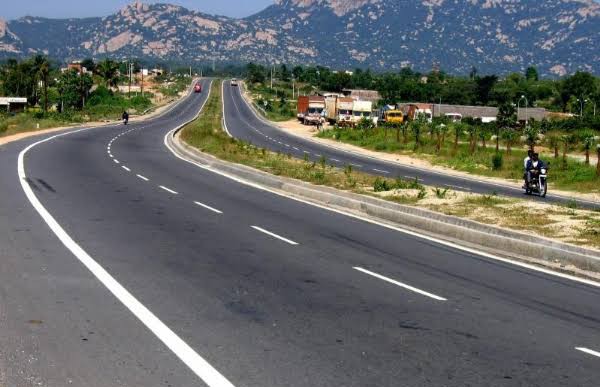 The Lagos-Abidjan highway corridor, an ambitious 46-lane highway corridor planned to connect Lagos, Cotonou, Lome, Accra, and Abidjan, is gradually coming to fruition with the securing of $15.6 billion investment interests for its construction.

A project of the Programme for Infrastructure Development in Africa (PIDA), an initiative which comprised 51 priority projects estimated at nearly US $68 billion to be completed by 2040.

The highway corridor, the flagship project of PIDA, is expected to connect up to five west African capital cities covering approximately 1,028 km and eight border crossings, which are Cote d’Ivoire, Ghana, Togo, Benin and Nigeria.

On Friday, Dr. Akinwunmi Adesina, president of the AfDB announced, after a meeting with President Alassane Ouattara of Ivory Coast, that the African Investment Forum had secured $15.6 billion of investment interests for construction of the highway corridor.

Adesina said the transport sector in West Africa plays a key role in the economic development of the region and generates about five to eight per cent of its Gross Domestic Product (GDP).

According to him, the investment would strengthen regional trade and integration in West Africa by linking the hinterlands of different Participating Member Countries (PMCs).

“Speaking to the Press at the Presidential Villa, together with President Alassane Ouattara was delighted to hear the African Investment Forum has secured $15.6 billion of investment interests for construction of the Lagos-Abidjan highway corridor,” he tweeted on Friday.

A statement issued by AfDB recently said the project is a key regional trade and transport corridor that interconnects some of the largest and most economically dynamic cities in Africa, Abidjan, Accra, Cotonou, Lomé and Lagos.

It said, “The corridor interconnects the most densely populated and economically active parts of the sub-region. It intersects with a rail network and major ports/airports.

“The transport sector in West Africa plays a key role in the economic development of the region and generates about five to eight per cent of its Gross Domestic Product (GDP).

“This remains cognisant of the fact that an efficient regional transport network is an enabling infrastructure required to promote regional trade and socio-economic development, inter alia.

“ECOWAS and WAEMU member states have consistently committed themselves to the financing of designated regional transport corridors.

It added that the Abidjan–Lagos transport corridor currently supports approximately 75 per cent of sub-regional trade activities, citing that a combination of hard and soft infrastructure deficiencies negates its optimal contribution to regional economic growth.

Earlier in March, Adesina, told the 2021 Africa Investment Forum virtual boardroom closing session that the AfDB had in April 2020, approved funding of $13.67 billion for the highway corridor project, noting that it would go a long way to support trade in West Africa and reduce transport costs and increase intra-regional trade volume.

“It will support 75 percent of the trade in the West African region. The project will impact the lives of over 500 million people. It would reduce transport costs by 48 percent. It would increase intra-regional trade volume by 15 to 25 percent. It would connect land-locked cities to port countries.”

The transport corridor forms part of the wider Dakar-Lagos Corridor, and is a major part of the Trans- African Highway Network within the ECOWAS region.

The corridor’s current alignment traverses all major economic centres of the five participating member countries (PMCs) starting from “Bingerville”, a suburb of Abidjan and ending at Mile 2 (Eric Moore), in Lagos.

The project, according to the AfDB, will strengthen regional trade and integration in West Africa by linking the hinterlands of the different PMCs, including providing sea port access to landlocked countries and some transition states of West Africa to the vibrant seaports; the corridor links with other corridors along the north-south axis and interconnects the landlocked countries of Burkina Faso, Mali, Niger and Chad.