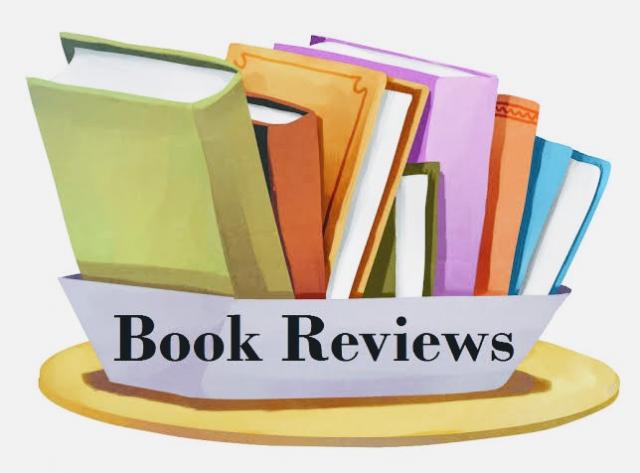 Booksellers, if you allow the Biblical quote, are the salt and the light of the world. What would the world be like without booksellers? Where would writers be or do without them?
What is behind the idea of publishing the Nigerian Booksellers Directory? The answer as provided by the President of the Booksellers Association of Nigeria (BAN), Mr. Michael Oluwadare Oluwatuyi was borne of the stark realities that confronted him when he assumed office. According to him, “One of the realities that I was confronted with was that of finding my members. Other than those who attended the convention at which my colleagues and I were elected as executive members of the association, we were aware that there were indeed many booksellers out there that needed to be brought in to the scheme of things? How do we do this?”

This was the question the president posed and answered in the Preface to the book that is being presented to the public today. How did he answer this question? I quote him again. He wrote, “At the broader level, bookselling in Nigeria and beyond had taken a real beating of sorts in recent years. With the advent of newer technologies and associated disruptions in the extant book chain and the outlaying overall economy, a number of the traditional systems, structures and framework that undergirded the system have been eroded and some older and established players were finding it difficult to continue to ply their trade even as some new entrants were now accessing the field, freely and without the necessary and relevant levels of grounding, simply on account of this lacunae.”

He went ahead to talk about how technology has changed the face of the book trade. The booksellers are not alone; the new technology has affected all trades and professions in the world. For instance, journalism, a profession which this reviewer has devoted a better part of almost three decades of his life to has changed too. That is the price we all have to pay to move ahead in the new world. Not to acknowledge these changes is to be consumed by its waves. So, how does this book hope to address these and other changes?

It is in this bid that the BAN has today gone ahead to produce this directory that attempts to list all its members and all those within its ambit. It is not a mean feat to attempt to do such a thing in our country, a country that does everything in the superlative: “biggest and first in the black world!” Let it not be construed that this is the first attempt to do something like this. No. I am aware that some individuals have in the past attempted something like this. However, this effort has pushed the envelope further because it is more comprehensive and detailed. It is not a mean task to embark on this kind of exercise in Nigeria where collection and gathering of data is a herculean task. We hardly keep accurate data yet claim to have built the “biggest or first” in whatever endeavour we are involved in!

The Booksellers Association of Nigeria has set in motion the need for associations and groups to embark on such ventures to help place information at the tip of our fingers. Although some might ask what is the need of such a directory when the Internet is there? The answer is that the Internet is not a sorcerer or witch: it is what you put there that it gives you when you go to it. The Internet or Google does not manufacture the mines of data that we all go online to harvest; those things are put there by some people, so if you don’t put anything online there is no way you’ll go there and get it.
It is in this light that I salute this modest effort of BAN. There are rooms for improvement and the need to do better. The directory has gone a long way to give information on booksellers across the country and anyone who intends to buy books or do business with any of these just has to get a copy of this book and look for contact addresses. To compile a directory that captures all the 36 states and the federal capital territory is not a day’s job.

So, what are some of the information that are contained in this directory? Anyone in search of information will find that as much as some of the information in the directory may not be exhaustive and comprehensive enough, they at least give a head start. For instance, Abia State has only two cities listed as booksellers’ points. These are Aba with 80 and Umuahia with only five. I want to believe there are more than these two in the state. Future efforts, I suggest should take care of this.

In the same vein, Adamawa State has only three listed and all are in Yola, what about other cities? In Akwa Ibom, the State capital, Uyo, has only 30 booksellers while other cities are not better. Anambra State’s case is of concern, Awka the State capital has only 16!, while Nnewi has 28. Does that tell you something about these two cities? As expected, Onitsha, the home of the much talked about Onitsha Market Literature to which volumes of thesis and essays have been dedicated, carries the can with 63, I believe it could be more. However, of all the 63, only three had their contact addresses listed.

Bauchi State has only 16 with only one with a listed contact address which is itself not complete. The University Bookshop listed has no physical, email or phone address or website. Down to the South-South, Bayelsa State has only twelve bookshops listed. It is however heart lifting that Borno State has a strong showing: we are learning through this directory that the city is not only about Boko Haram and its bigoted fight against western education. Maiduguri, the State capital has a record of 81 bookshops; this is perhaps not surprising; Borno, the home of the great Bornu Empire had been a centre of knowledge for centuries before the advent of Uthman Dan Fodio’s jihad. This is perhaps responsible for its strong showing. However, of the 81 bookshops, only two have listed addresses.

Calabar, the capital of Cross River State has a good showing with a record 111 bookshops. In Delta State, while Asaba the capital, has a paltry 20, Warri has 73. Ebonyi needs to do more with only nine, all in Abakaliki, the State capital. Edo did not disappoint with Benin City having 101and other cities too having a sprinkle. Ekiti which prides itself as the “Fountain of Knowledge” has 65. But unlike other states, this is not segmented into towns as Ifaki-Ekiti, Ado-Ekiti and other Ekitis are lumped together as one. This needs to be corrected in subsequent editions.

Enugu the capital city of the State has the strongest showing with a record 201 with the University city of Nsukka with just 12. The Federal Capital to the surprise of many has as many as 286. Abuja also has the most comprehensive contact list.

Kano city alone has 131, while Gombe has one and Kaduna only six. In Lagos State, Ikeja has 84. Jos in Plateau State has 152, those outside the capital city are not captured. Port Harcourt the capital of River State has 173, while Taraba has only two in the capital Jalingo; other cities and towns are not captured. In all, records were not received from four states: Kebbi, Jigawa, Yobe and Zamfara. It is hoped that before the book edition is ready these states would have sent their records or be included in later editions.

Other interesting things that readers would find in this compendium are list of universities in the country, although this continues to expand as more are approved by the Federal Government so are also list of interesting places to visit in the country.

Finally, it is important to say that this is an impressive directory that may not have offered all the information needed but has in its own little way enriched the literature of such genre in our country. It is going to be useful to researchers, writers, tourists and all. The efforts of BAN under its current leadership deserve our kudos for this. However, addresses and details such as phone numbers, emails and websites (where available) need to be added. However, it is noted that those of regular members are listed properly. This is encouraging.

I know with this act many booksellers who have perhaps shunned you at the initial stage would now come forward to be part of it. I also like to point out that this book is well edited and does not have errors either typographical or grammatical. I salute you and recommend to all. It is a goldmine of information on the book trade in Nigeria and a useful roadmap.