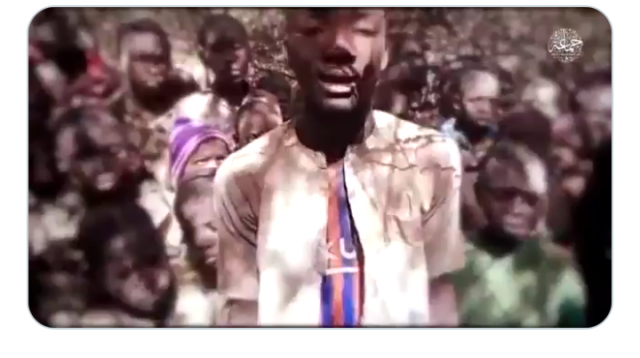 A video has emerged showing hundreds of boys kidnapped from their school in Kankara, Katsina by Boko Haram terrorist group.

In the videos, the boys are made to relay demands of the terrorist group, asking for vigilante groups to be dissolved and all schools “excluding Islamiyyah” closed.

The boys also demanded, as instructed by the terrorists, that soldiers sent to rescue them be sent back.

The boys numbering hundreds, were kidnapped from their school on Friday, December 11.

As of December 13, Governor Aminu Masari said over 300 students were confirmed missing. Some accounts had put the figure at over 600.

On Tuesday, Boko Haram leader, Abubakar Shekau, in a four-minute video, said Boko Haram, whose ideology is against western education, carried out the abduction of the Katsina.

But Masari on Wednesday while speaking during an interview on Channels Television’s Politics Today disclaimed the video, saying local bandits were responsible for the incident.

But in six minutes and 30 seconds long released by the group on Thursday, hundreds of other young boys could be seen behind Shekau, all covered in dust.