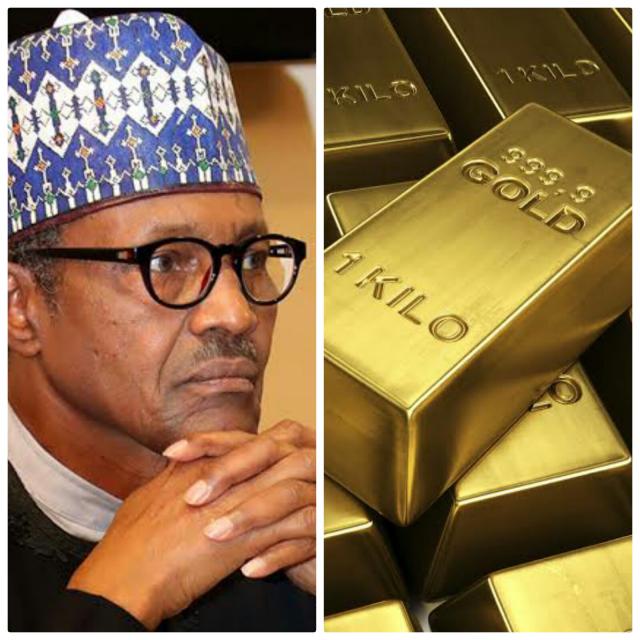 Nigeria may not make headway in its bid to shore up declining government revenue through export of gold if the booming activities bandits, which have sustained illegal mining and smuggling of the commodity.

It becomes even more worrisome with the Minister of State for Mines and Steel Development, Uche Ogah, revealing recently that one of the challenges facing the federal government in the fight against illegal mining is that the perpetrators connive with security officers to carry out their illegal activities.

Ogah spoke at a two-day public hearing organised by the Senate Committee on Solid Minerals, Mines, Steel Development and Metallurgy, with a view to investigating an alleged loss of $9 billion annually due to illegal mining and smuggling of gold.

Section 44 (3) of the Nigerian Minerals and Mining law of 1999 provides that ownership and control of all minerals in Nigeria is vested in the federal government, which is mandated to manage such natural resources in a manner as may be prescribed by the National Assembly.

The Ministry of Mines and Steel Development is responsible for granting licences to operators. Any operator without a licence from this ministry is deemed to be carrying out illegal activities. Such a person may be arrested and tried in any Federal High Court.

A research conducted by the Nigeria Extractive Industry Transparent Initiatives (NEITI), had revealed that Nigeria lost an estimated $9 billion to illegal mining and exportation of gold and other mineral resources between 2014 and 2015. It also disclosed that the country lost nearly $54 billion to illegal gold mining and smuggling between 2012 and 2018.

Further analysis showed that while the definition of illegal mining has been restricted to miners without license, many licensed miners have reportedly operated illegally without compliance to mining regulations, making the fight against illegal mining more complicated, capped by the government’s inability to properly monitor and regulate mining activities.

The Minister of Mines and Steel Development, Mr. Olamilekan Adegbite, recently disclosed that the mining sector was ignored by the federal government after oil was discovered, which made it possible for artisanal miners to venture into the sector. The minister, who spoke at a forum in Abuja, added that the most mined commodity in Nigeria by artisanal miners is gold, which, he said, has created a lucrative black market for international buyers.

A report by the Nigerian Geological Survey Agency (NGSA), confirmed that the country is endowed with over 34 different solid minerals and precious metals available in commercial quantities in more than 500 locations across the various regions of the country with a commercial value estimated to be worth trillions of dollars.

Despite abundant mineral deposits, Nigeria’s mining sector contributes less than one per cent to Nigeria’s Gross Domestic Product (GDP). Data from the National Bureau of Statistics (NBS) showed that the solid minerals sector’s contribution to Nigeria’s GDP stood at 0.6 percent in Q1 2021, an indication that the sector is in dire need of structural advancements to attain the five percent GDP target by 2025 set by the Ministry of Mines and Steel Development (MMSD).

On December 9, 2020, the senator representing Abia North constituency, Orji Uzor Kalu, moved a motion to investigate the alleged $9 billion annual loss from illegal mining activities, noting that the offenders had cost the country over $500 million annually in forfeited royalties and taxes to the government.

The former Abia State governor enjoined the government to develop sustainable programmes that will catalyse increased investment in the extraction and refining of gold and other minerals sourced from mines in Nigeria. He added that proactive measures should also be implemented towards tracking and curbing illegal mining activities.

Kalu believes that if the country conserves its mineral reserves, and ensures effective exploitation, the accruing revenue would surpass that of oil and gas.

Speaking at the hearing nine months after Kalu’s motion, Ogah noted that illegal mining in Nigeria started as far back as the early 1980s as a result of the indigenisation policy of the military regime implemented in the late 1970s.

The junior minister also revealed that unlawful mining thrived due to some factors such as: private jet owners aiding and abetting miners in the exportation of smuggled gold, connivance of security agencies with the unlawful miners, collaboration by host communities who are bribed by offenders, lack of manpower to monitor and curtail illegal mining activities, and low level of application of technology in carrying out surveillance and other inspections.

He called for stringent scrutiny of private jet ownership and operations in the country to prevent smuggling of mineral resources to other countries by air. He added that the menace could be tackled proactively through the establishment of mines police, special court/tribunals to try and punish offenders, and sufficient funding for the ministry to execute development projects to restructure the sector.

The minister also accused the Central Bank of Nigeria (CBN) of failing to support the development of the mines and solid minerals sector through financial interventions. He enjoined the Ministry of Finance to speed up the export policy on solid minerals, noting that it is the only way investors can be brought into the sector.

“It is unfortunate that the Central Bank of Nigeria (CBN) did not believe in us. If they believe in us, if they support us the way they are supporting agriculture, we will do wonders for this country,” the minister said.

Last year, the CBN presented to President Buhari a gold bar, which he claimed the apex would purchase directly to boost the nation’s gold reserves. This was one of the strategies by the bank to shore up the local currency. However, since then, little has been heard about the policy. Instead, the naira has virtually collapsed.

The senior minister in the ministry, Adegbite had, however, raised hopes when he disclosed that Segilola Resource Operating Ltd, a Canadian company mining gold in Osun State was to start exporting the precious metal in June this year.

Describing the Segilola Gold Project as a strategic investment for Nigeria’s economic diversification, the minister had said the firm was supposed to have started gold exportation in the first quarter of 2021 but that the date was shifted due to the COVID-19 pandemic. But nothing on ground shows that the export activity has actually commenced.

A study conducted by Maurice Ogbonnaya, senior research consultant, Institute of Security Studies (ISS), found that an estimated 80 percent of mining in the North West region is carried out illegally and on an artisanal basis.

According to the report, the mining of large untapped mineral deposits in the area, especially gold, which has strategic importance and economic value, is dominated by illegal miners, who control mining operations in the region. It also disclosed that some of the illegal mining activities were promoted by collaborations between politically connected Nigerians and some foreign corporations, notably from China.

“Illegal miners often front for politically connected individuals, who collaborate with foreign nationals and corporations to sell gold. The mineral is routinely smuggled to Dubai through neighbouring Niger and Togo,”it stated.

Little wonder the federal government banned gold mining in Zamfara State in April, 2019, an order that saw many illegal miners relocating to Ilesha in Osun State.

In May last year, the federal government announced it had refused to bow to pressure to free the 17 Chinese and 9 others arrested for illegal mining in Zamfara and Osun states, vowing to prosecute the suspects.

Adegbite, who claimed the illegal miners were working for “Nigerians in high positions of authority”, said they had decided to adopt diplomatic and legal measures towards addressing the illegal mining by foreigners in the country.

He said, “The Chinese are the main culprits in the illegal mining activities and we are going to meet with the Chinese Embassy. We are going to present all the facts to them so that it will not appear as if we are targeting them unfairly. Taking gold out of Nigeria illegally is economic sabotage because if you look at the quantum, the value is huge.”

In his assessment of the country’s mining sector, BabatundeAlatise, a mining expert and chairman of solid minerals and mining group of Lagos Chambers of Commerce and Industry (LCCI), said the failure of Nigerian governments to establish a reliable database, provide adequate financial interventions and put in place a structure that will make the benefits of the exploitation of solid minerals available to all Nigerians, is partly responsible for the spate of illegal mining seen in the country.

On the way forward, he enjoined the federal government to prioritise technology to enable surveillance officers monitor mining activities efficiently, and enable licensed miners and investors exploit available data to make significant investments in the sector.

Meanwhile, the federal government is hoping that the implementation of the African Continental Free Trade Area (AfCFTA) would help reduce illegal mining in the country and also standardize mining practices in Nigeria.