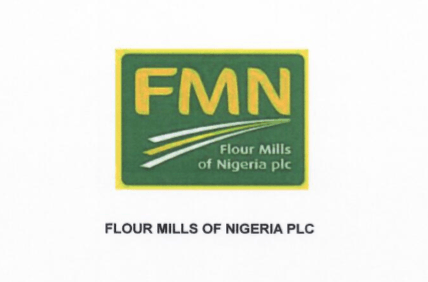 The perennial gridlock along the port complex of Tin Can and Apapa is taking its tolls on companies which have borne the brunt of government neglect the strategic area for so longer. Nigerian Flour Mill Plc is one of the iconic firms located in the Apapa complex alongside others like Unilever Plc.

Once the premium brand of its kind, the company seems to have met a parch time on account of the lingering traffic menace that has not forced many companies to relocate but increase the already cost of production and operations. With its recent financial scorecard, there are indications that Flour Mill is struggling to find value for its shareholders.

On the back of increase in sales, cost of sales went up 2.2% with margin pressured. This signifies the margin-dilutive effect of price war in the period, but then the management ensured that operating expenses remained flat.

FMN earnings before interest and tax took a bite, dropping at about 12% to close at N9.9 billion. Then, relatively lower interest payment obligation saved the day, but pushed pretax profit up by 5.5% to N5.5 billion. Also, a lower comparable tax payment between the two periods caused profit after tax to go up 16.1% to N4.2 billion from N3.6 billion.

Lead Capital Plc had forecasted that food and beverages industry would be impacted by contractionary fiscal policy of government.  In the firm macroeconomic outlook, it observed that FMN, Dangote Sugar Refinery and Honeywell, its direct competitor would be affected.

The demand structure in the food segment answers to lots of factors; these include prices and available substitutes in the market. Food inflation averaged 12% in 2018, but with that, FMN reduced price to rev up revenue.

There seems to be a replay of fierce competition in the fast moving consumers’ goods segment, as manufacturers compete for consumers’ wallets due to dwindling demand as the economy tightens. Then, other than for industrial uses, there is general decline in sugar consumption on the back of increased health awareness and slump in fast food market.

Lead capital observed that despite the easing of foreign exchange scarcity, rising cost of inputs, smuggling and challenging business environment still persist in 2019.

To stay competitive, price adjustments tool was deployed to shoot sales up. This was on the back of lower demands and pressure from other competing products. Thus, FMN missed revenue estimates as price adjustment offset impact of increased sales.

In recent years, the Group has consistently struggled with high finance cost. However, owing to the N39 billion rights issue done in 2018, and other financing activities done by the Group, the total borrowings of the Group declined by 17%, from N153.23 billion in FY 2017 to N126.94  billion in FY 2018.

Its 2019 earnings appeared to be a mixed operating performance, characterise by high operating cost, and thin margin. The Group declared a dividend per share of N1.20, representing a 20% increase to N1.00 reported in FY 2018.

This is against the background that the company’s performance in the recent time has not been impressive, notably on the back of unfavourable macroeconomic condition.

Basically, its capital structure looks more of a margin-dilutive because of large interest obligation on the results. Though management seems to be deleveraging, the need to de-risk balance sheet would help Flour Mills find its feet.

The activities of the management to deleverage the balance sheet paid-off during the period, as finance costs declined by 30%, from N32.69 billion in 2018 to N22.89 billion in 2019. The significant reduction in finance costs helped to prevent a much steeper decline in profit before tax, which stood at N10.17 billion during the period, a 38% decline relative to the N16.54 billion reported in the previous year.

Analysts at WSTC Financial reckoned that Flour Mills revenue declined by 11% year-on-year in the first quarter, resulting from heightened competition and the effect of Apapa gridlock, which affected volumes.

However, as the Group entered into the second half of its financial year, a growth of 1% in revenue was recorded in the third quarter, which was a rebound of revenue growth after four consecutive quarters of revenue decline since Q3 2018.

In the fourth quarter, the Group also consolidated on its third quarter improvement, to record a 10% year-on-year revenue growth in Q4 2018. The strong revenue growth reported in Q4 2018 was buoyed by solid improvement across the various business segments.

Overall for 2019, due to the decline in revenue initially recorded in the first half of the year, the Group’s revenue dragged and declined by 3% year-on-year. Although revenue declined during the year, the Group was able to grow its market share and cement its leadership status in the market.

Volumes declined by 5% in the first quarter, remained flat in the second quarter, grew by 9% in the third quarter, and finally by 2% in the fourth quarter; the management attributed the 2% volume growth in the fourth quarter to the elections that held during the period, in which there were public holidays. Overall, volumes grew by an average of 2% in 2019.

The management attributed the increase in production employee cost to a rise in wages and salaries that took place during the year.  Operating expense grew by 8% year-on-year, from N25.60bn in FY 2017 to N27.59   billion in 2019.

Dragged by a weaker gross margin, the gains of a lower finance cost, which had been a major downside to the Group’s bottom line, could not be fully realised. Consequently, profit before tax declined by 38% year-on-year, from N16.54 billion in 2017 to N10.17 billion in 2018.