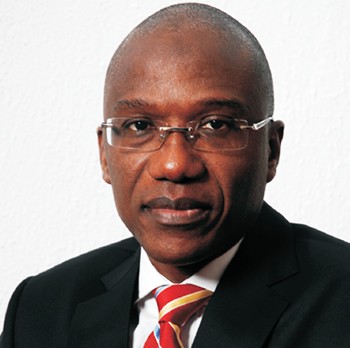 Mr Ahmed Kuru, the Managing Director of Asset Management Corporation of Nigeria (AMCON), says its financial intervention across sectors assisted to maintain economic stability and saved 15,000 jobs.
Kuru said this during the July Breakfast meeting of the Nigerian-American Chamber of Commerce (NACC) on Wednesday in Lagos.
The meeting had the theme: “Financial System Stability in Nigeria: AMCON Role and Scorecard.”
The News Agency of Nigeria (NAN) reports that AMCON was set up by the Federal Government through the Central Bank of Nigeria (CBN) to bail out banks by purchasing their non-performing loans and recovering loans from debtors.
Kuru said that the global financial crisis of 2008 made the Non Performing Loans (NPLs) in the financial system to rise to about N2.6 trillion, while the national budget was less than N1 trillion.
“The banks that were insolvent accounted for almost 80 per cent of the total NPL in the industry at that time.
“The ratio of the NPL to the total loan was more than 60 per cent and the regulatory threshold is supposed to be five per cent because most banks were not able to borrow and with no liquidity to support their operations,” he said.
Kuru said that AMCON acquired over 12,000 non-performing loans worth approximately N3.7 trillion from 22 commercial banks, injected N22 trillion as financial accommodation to 10 banks.
“The direct impact of AMCON’s action led to the protection of about N3.66 trillion of depositors’ funds and approximately 15,000 jobs were saved,” he said.
He said that the corporation’s total debt obligation to the CBN currently stood at N5.5 trillion, adding that AMCON had only been able to recover N1 trillion from its obligors.
“Only 350 obligors out of the 12,000 obligors accounts for more than 80 per cent of the N5.5 trillion debt.
“Many of the obligors, who are supposed to be role models, have become recalcitrant and failed to meet up with their financial responsibilities,” he said.
Kuru said that the inappropriateness of the nation’s credit process needed to be urgently addressed, adding that bringing back the Failed Bank Act would solve the issue and make obligors responsible.
Kuru stressed the need to pay more attention to the rule of law and strengthening governance system toward building a virile and stable economy.
Chief Oluwatoyin Akomolafe, the President of NACC, said that the country’s financial system stability had become a major macroeconomic policy objective because of the severe consequences of previous incidents of financial catastrophes.
He said that the financial system was challenging and important in a changing, demanding and complex world.
Akomolafe said that it was critical to maintain the credibility of the system, adding that credibility was crucial in convincing market participants and the society as a whole.(NAN)