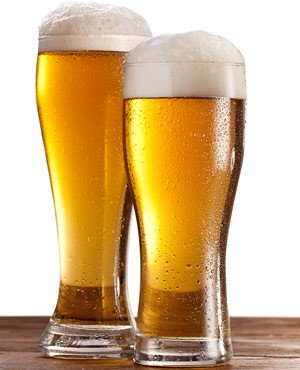 Nairobi – Beer for measles or labour pains and even stronger beverages for a simple case of flu: The belief in alcohol-based home remedies remains strong in Kenya, but medical authorities warn that they may do more harm than good.

If her two young sons were to get the measles tomorrow, Margaret Muchori – a registered nurse with more than 10 years experience – would treat them by bathing them in beer.

“You do it in the morning and evening,” Muchori says. “My mother told me she did it for about five days and [the rashes] cleared.”

The middle-aged woman goes for regular checkups with her family doctor and updates her vaccines, but in the case of measles, she says she would turn to muratina, a type of beer made by her Kikuyu ethnic group from a local fruit of the same name.

A 2012 study published by the African Journal of Pharmacology and Therapeutics says that traditional medicine using herbs and alcohol is still widely practiced in Kenya, and according to Muchori, every tribe has its own traditional remedies.

But some of the alcohol-based home treatments may be more harmful than therapeutic.

A potent alcoholic drink known as chang’aa – distilled from millet, maize and sorghum – is sometimes used to treat malaria, flu, parasites and typhoid in Kenya.

Chang’aa – a name that means “kill me quick” in Swahili – contains methyl alcohol, which can cause blindness and even death when consumed in large quantities.

The risks do not deter Jane Odinga, a grandmother living in the Kibera slum on the outskirts of Nairobi. She says she recently gave chang’aa to her 9-month-old granddaughter to cure a stubborn case of the flu.

“A long time ago there were no hospitals, so one of the things used as medicine was alcohol,” says Odinga.

Other alcohol-based treatments include drinking beer while pregnant, which is believed to reduce labour pains.

Moderate alcohol consumption has been long thought to have health benefits, including reduced risk of heart disease and stroke, according to a 2011 study based on medical literature by Harvard Medical School and two other research institutes.

But alcohol, a central nervous system depressant, can impair brain function in the short term and weaken the immune system in the long term, according to the US National Institute of Alcohol Abuse.

Rather than curing an ailment, alcohol may only relieve symptoms by helping the patient feel them less acutely, says doctor Harrison Kiambati, a senior official with Kenya’s ministry of medical Services.

Suppressing the symptoms can be harmful because it gives the patient time to develop complications, Kiambati added.

Also Read: How drinking can be good for your heart

Acording to Kenya’s National Authority for the Campaign Against Alcohol and Drug Abuse (Nacada), alcohol is the most commonly abused substance in the country, posing a risks to the population through excessive consumption and the adulteration of illicit brews.

Though urban Kenyans use alcohol at a higher rate than those who live in rural areas, the Nacada reports that traditional liquor – chang’aa in particular – is still more likely to have been consumed by rural children than urban children.

Kenya’s highest alcohol consumption has been reported in Nairobi, where nearly 16% of residents admit to drinking a packaged or legal form alcohol within the last month. According to the Nacada, chang’aa is consumed by roughly 7.2% of Nairobi residents on a regular basis.

There is no information available on how much alcohol use in Kenya is related to treating medical ailments, although Nacada has said that nearly half of respondents in a 2010 survey cited poverty as the reason for drinking.

Kiambati, the ministry official, said he was not aware of alcohol treatments having caused deaths, but added that such treatments were poorly documented.

“As a medical doctor, I would not prescribe something that has not been proven or researched scientifically,” Kiambati said.

Many Kenyans ignore such warnings and continue using traditional remedies, which are cheaper and require no travel to medical centres that can be far away, according to the African Journal of Pharmacology and Therapeutics.

Muchori admits that while she was pregnant, she was tempted to try beer as a remedy for labour pain.

“I nearly took Guinness,” she says. “But anything you consume without scientific proof is not good.”