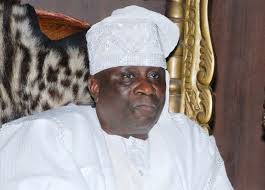 Lagos State is a place that means several things to different people. Its swanky, liberal culture has made it the home of some of Nigerians wealthiest business and political elite. Its ballsy urbanism and brash etiquette has given it a distinct character, few other states can copy. Lagos is a melting pot of virtually all tribes in Nigeria, all of whom lay claim to Lagos either by virtue of birth or by some peevish philosophy of Lagos as a ‘no-man’s’ land.

The uncivilised statement attributed to Oba Rilwan Akiolu to the effect the Igbos in Lagosshould be liquidated in Lagoon should they vote for PDP was in bad taste, unbecoming of an Oba of Akiolu’s standing and should be condemned by all. This is not the first time the monarch would stir the hornet’s nest,and it is fast becoming his hallmark to stoke the hate ember among peace-loving Lagosians.

To the indigenous Lagosian either of Benin descent or Sierra-Leonean heritage, the claim of the state being some kind of territorial wasteland with no culture, soul or social anchor is brazenly ridiculous and false. Indigenous Lagosians know themselves; their rich family heritage and large cultural footprints straddle the beaches of Badagry to the sandy borders of Epe and the verdant farm lands of Ikorodu.

The Oba of Lagos is an embodiment of the spirit of ‘Eko’, its aquatic predilections and riverine splendor. The Oba or King of Lagos should be a person of dignity, candour and wisdom. He should draw strength from the royal aloofness, sagacity and dignity of the thrown of his fore fathers of Benin and Cotonou. The Oba of Lagos is no mean personage, he is not a willful dissembler given to existential frivolities or political manipulation. He represents the steady and patient deliberation of five centuries of wise counsel.

The recent overtly partisan pronouncements of the current Oba of Lagos, Oba Rilwan Akinolu, are therefore a matter of deep concern to this newspaper. The Oba’s recent open endorsement of a candidate of the ruling All Progressives Congress (APC) and his equally embarrassing declaration that the state’s major opposition party would never (in the name of his ancestors) govern the state suggests an undignified and questionable bias against segments of his own subjects. The Oba’s open declaration of support for a political party and one of its gubernatorial candidateshas thrown the king into murky political waters. By tossing his crown into the political arena the Oba has made himself  and his elevated position the target of every political hothead and warmonger.

We are of the opinion that the exalted position of the Oba of Nigeria’s most populous city and commercial hub, should not be denigrated by inappropriate pronouncements that could lead to communal disorder and chaos. Members of all political parties in the state should see the Oba as a royal father to whom they can all run to for discussion and wise counsel. The Oba is expected to rise above the rabble and guide his subjects (no matter their political or social leanings) with grace and objectivity.

However, for reasons that we can only hope are not selfish and pecuniary, Oba Rilwan Akiolu, has directly put the revered stool of the Lagos Obaship in jeopardy by his political activism. The Oba has made himself a willing accomplice in the shenanigans of local politicians not particularly known for prudence or temperance. The Oba has called upon his ancestors in a manner that is unacceptable and out of character with a Lagos known for its tradition of accommodation, collaboration and equity.

Lagos is the lode stone of Nigeria. It captures the possibilities of a mature cosmopolitan environment where people are rewarded by the dint of hard work, creativity and imaginativeness. It reflects Nigeria’s many possibilities. It is therefore, rather disappointing that the current Oba, ostensibly the father of all, has shown tasteless bias against his own children. Such outpouring of blatant favoritism is neither kingly nor good form nor practice. For example, if fortuitously, the major opposition party in Lagos wins the next gubernatorial elections in the state, what kind of relationship would exist between the royal father and the state’s new executive helmsman? Would the Oba not have undermined his clout and leverage by his exclusive support for the party that presently governs the state?

The Oba of Lagos must realize that he cannot subordinate the will of the people of the state to his narrow personal interests. He also cannot (or should not) bring the esteemed traditional institutions of Lagos State into disrepute by avoidable political posturing. Hallmark newspaper insists that no mortal can replace God, and no mortal can attempt to subvert Gods will without paying dearly for the intransigence. The Oba of Lagos is a father to all citizens of Lagos regardless of their status, creed, class or indeed political persuasion, openly canvassing for a political party or a particular candidate of that party brings the institution of Obaship to disrepute.

This newspaper, as a dogged believer in the constructive roles African traditional institutions can play in the development of their societies urges the Oba of Lagos to sheath his partisanship and concentrate his active energy on using his exalted office to influence good governance in Lagos State regardless of which party or individual is in power. Indeed it is our opinion that God demands it and our ancestors require it, it is as simple (or perhaps as difficult) as that. 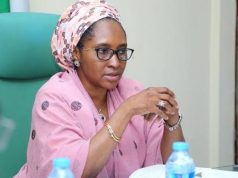 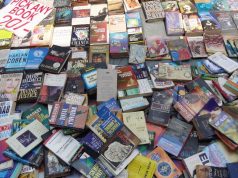 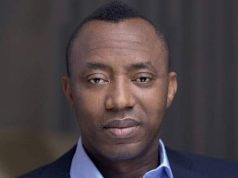