As two of mankind’s great religions prepared to celebrate  Easter and Passover, terrifying  events on a single day involving a third religion revealed the perilous state of the world, circa 2015.

It was early last Thursday morning in Kenya when Islamists belonging to an al Qaeda franchise stormed a college, slaughtering nearly 150 Christian students. Survivors said hostages who could recite the Shahada, the Islamic creed, were freed unharmed while all ­others were murdered.

That same day, two Muslim women in Queens were arrested on charges of plotting to detonate a bomb in New York. They are said to be supporters of Islamic State, with one woman allegedly telling an ­undercover FBI agent: “It’s war, it’s f- -king war.”

Also on Thursday, in Switzerland, the United States and other powers announced a tentative deal they claimed would block Iran from getting nukes. Although Iran declared victory and accused America of spinning the terms, President Obama hailed the unsigned outline as a “good deal” that would “make the world safer.”

The president is wrong, the jihadist from Queens is right. The war is on, it’s a World War, and because her side is more determined to win, nobody is safe.

Obama’s goal of bringing Iran in from the cold is, like much of his presidency, a vision divorced from reality. His hollow rhetoric echoes the appeasers who sought to stop Hitler in 1939 by giving him what he wanted.

This latter-day Chamberlain will be no more successful. Armed, expansionist ideologies must be stopped because they cannot be ­accommodated.

The Second World War and its ­aftermath confronted the West with two existential challenges. First came Nazism and fascism, followed by communism. We prevailed because our leaders saw the enemies for what they were and resolved to defeat them.

Many in the West, including some Americans, drank the Kool-Aid that Herr Hitler wanted peace. When he invaded Poland, many insisted we could sit out the war.

Even after the great Allied victory, many argued we should accept that vast swaths of humanity were condemned to live under another ­oppressive system that could not be challenged.

Thankfully, Ronald Reagan and Pope John Paul II saw communism for what it was.

The paths to victory in both World War II and the Cold War were hardly smooth, but the West was blessed with leaders whose will was as mighty as our war machines.

They had the wisdom and compassion to make the world safe for democracy, which eventually took root around the globe. Scores of millions of people were liberated and a relative golden age of peace and prosperity marked the seven decades since, especially the last 25 years.

That era is over. It officially ended on 9/11, when war came to America, just as Pearl Harbor ended the fiction that fascism was somebody else’s problem.

But unlike our earlier leaders, Obama wants peace at any price. His refusal even to call the enemy by its name reflects a willful blindness to an ideology that has declared war on us. A survey of the global battlefield says we are in retreat.

Nazism, communism, extreme ­Islam — each seeks to conquer and enslave. Like the first two, violent Islam is setting the world on fire, and there is no escape through ­geography or appeasement. It is an international death cult, making it potentially more dangerous than Hitler or Soviet Russia.

Henry Kissinger said years ago that Iran must decide “whether it is a nation or a cause.” Against all evidence, Obama has provided his own answer, imagining Iran as a “nation” that wants peace and can be managed, even with a nuclear bomb. His willful misreading is astounding, given Iran’s continued support for terrorism everywhere. That defines it as a “cause,” which is why it must be confronted.

So far, only a coalition of Arab ­nations, along with Israel, recognize Iran for what it is. Saudi Arabia and perhaps Egypt will get their own nuclear weapons, an understandable yet terrifying proliferation owing ­directly to Obama’s appeasement.

In this holy season, the world moves closer to Armageddon.

Sometimes, half a loaf doesn’t taste so good.

Gov. Cuomo began the year by promising to produce sweeping reforms to porous ethics laws and a broken education system. They were the right choices, and he sought to demonstrate his commitment by saying he wouldn’t sign a budget that didn’t deliver on his pledges.

Oh, well. He signed the budget and declared victory, though he’s having trouble rounding up many people who think he actually delivered what he promised.

In truth, his budget strategy was not realistic and, in policy terms, he aimed too low. His ethics reforms that focus on disclosure of legislators’ outside income are hardly groundbreaking, nor is their confidence they will stem the tide of Albany corruption.

Yet that didn’t stop Cuomo from hailing them as a major breakthrough, the third time he has made that claim in four years. The first two claims are now “inoperative” and this one will also bite the dust with the next corruption bust. Maybe he’ll form another Moreland Commission — and then kill it, too.

The governor did better on education, increasing from three years to four the time before teachers are eligible for tenure and adding money for charters. Teacher evaluations will be more closely linked to student performance, although murky details and loopholes sound like blasts from the past.

There is still time for Cuomo to deliver on other parts of his school agenda, including lifting the charter cap and delivering a tax credit for donors to public or private schools.

The main obstacles are the unions and their puppet pols, but also Cuomo’s erratic attention span. This time, he’ll have no excuses if he doesn’t deliver.

Monica Crowley, on Fox News, offers the smartest analysis about the suspicion that the indictment of New Jersey Sen. Robert Menendez is political payback for his criticism of Obama. “Both things could be true,” she says, meaning the Democrat could simultaneously be guilty of corruption and the victim of targeted prosecution.

Sounds right to me.

Remember, leaks that federal charges were in the works came two weeks before the indictment, and it was officially announced on the eve of the Iran deal, which Menendez opposes.

Reader Richard Reay has a novel theory on why Hillary Clinton’s missing e-mails mean she’s running for president. “I once thought she wouldn’t do it,” he writes, “but now she has to run and win in order to complete the cover-up.” 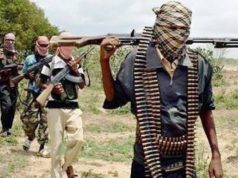 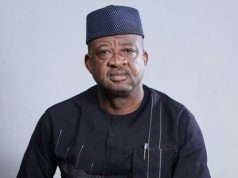