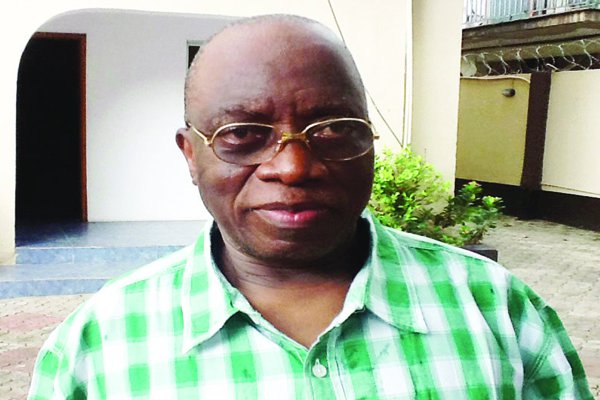 Kogi State is one of the backwater states in the country, this backwoods status as unenviable as it is, is not the choice of Kogi citizens, but an imposition by structurally deficient political culture of cash and carry, where merit is sacrificed to the egos of the highest bidder. Consider its peer, Kebbi State which was created in 19991 as Kogi, the level of infrastructure and economic development in the former casts a gloomy shadow on the lack of the latter.

Many Kogi elites and ordinary citizens spoken to by this reporter are however of the view that the Tsunami brought on political life of the country will have a bearing on the coming gubernatorial election in the state. ‘’My brother, the era of cash and carry politics is over, the example of Buhari has shown that Nigerians need people who can deliver quality governance that will have positive impact on the lives of the people. Kogi can not be different, we need people who can deliver, we the citizens will support him, whether he has money or not’’, were the exact words of   Dr. Shuaibu  Adoke, an indigene of the state. Adoke said, the state was in dire need of a candidate that symbolizes the aspiration of the people, ‘’and to be honest with you, the only credible candidate is Yakubu Mohammed influential co-founder of Newswatch and former Pro-Chancellor of Ahmadu Bello University, and until recently, Federal Univeresity, Birnin-Kebbi’’.

According to the Lagos-based Coalition For Honesty In Leadership, ‘’the Kogi election, and that of Bayelsa are isolated, and Kogi has suffered from vacuity of leadership, now is the time to vote for honesty and dedication, which after carefully analyzing the pedigrees of the main contenders in All Progressives Congress and People’s Democratic Party, Alhaji Yakubu Mohammed is the only credible of the lot, who by antecedent and worthy pedigree can offer quality leadership to Kogi people’’.

This was the position echoed by a public commentator and National President Middle Belt Concerned Youth, Comrade Idowu Olorunleke, who was former students’ union leader in University of Maiduguri. ‘’As a stakeholder, and an indigene of Kogi State, I implore my brothers and sisters in Kogi Easy, Central and West to vote massively for change which Yakubu Mohammed , an illustrious son of Kogi State represents, as an individual, he’s the only one of the lot that has not been tainted in the murky waters of Kogi politics’’. Phrank Shuaibu, former Special Adviser on Media to former governor, Idris Ibrahim summed up the political situation in the state recently:

‘’The PDP is virtually dead under Wada, but I hear he wants to run for a second term. How he intends to achieve this remains a wild guess because under him, the PDP base has been grossly eroded and has been weakened at all levels. While the APC is in a precarious situation and may even suffer a dishonorable defeat, because Audu’s presence as a candidate will incur voters’ anger, thus making the prospects of other party contestants better.

‘’Indeed, from the results of the recent general elections, it is obvious that the PDP cannot get any better under Wada. Already, the supporters of PDP have made good their threat to abandon Idris Wada as clearly demonstrated in the past general elections where they voted largely for another politi­cal party, the APC. What seems clear about Kogi State politics is that a new dawn has arrived for the Kogi people.

‘The truth is that, even if the national leadership of the PDP once again decides to subjugate the Kogi people’s choice by organising a shabby party primaries, and use it as a facade to ensure that Governor Wada emerges as candidate in the next governorship contest, it will not amount to any major threat to the final results of the state governorship elections, especially in this era of reformed electoral processes in Nigeria.

‘’The fact is that the weak electoral process in 2011 which advanced impunity for the emergence of Wada as governor cannot be repeated. I also believe that the collective desire for change in Kogi State may mate­rialise regardless of political affiliation. The simple guess is that in the next elections, people will look more at individuals than parties

But how do the ordinary people in the state see the whole scenario. For, Abayomi Olohunodani, a vulcaniser in Kabba, an ancient town close to Lokoja, the state capital, ‘’We are tired of being deceived, Audu came and behaved like imperial governor, Idris came and left without doing anything, Wada is there now. I hear he wants reelection. Why? He has not done anything, we are tired of PDP, let us try somebody else in the other party, and if you sample the opinion of Okun People, the name Yakubu Mohammed keeps popping up. Though, I don’t know him, but those who went to school say he’s a good man’’. The same sentiment reverberated in Lokoja, Idah and some other towns in the state, as the chorus is change.

Hallmark learnt that Kogi PDP is beginning to see Governor Wada as an albatross and they are working hard to dump him, and this sentiment appears to have cut on with the party’s headquarters in Abuja.
.
Speculations are in the air that the PDP wants to dump Wada for another candidate because he (Wada) would be difficult to sell to the electorate.
There are so many groups in Kogi state that are determined to see that Wada does not govern again. A daily (Not Hallmark) writes:
’’Members of the National Working Committee (NWC) of the PDP are well aware of this and have decided to wade into the crisis rocking the Kogi state chapter of the party in order to stand a chance of winning the governorship election which is likely to take place in the last quarter of the year.
’’Governor Wada got the shock of his about two last weeks ago, when he had to wait several hours just to see the acting chairman of his party at the PDP secretariat in Abuja.
It was believed that the governor had gone early in the morning to have a meeting with the National Working Committee (NWC), of the party. His mission was to protest the cancellation of the ad-hoc delegates list for the ward congresses in Kogi State which the NWC cancelled a day earlier.
’’While announcing the cancellation, the NWC said that “after a careful review of the reports of the Congress Committee and Appeal Committee in respect of the three-man Adhoc Delegates Ward Congresses in Kogi state of June 27, 2015 decided to cancel the exercise.”
The National Publicity Secretary of PDP, Chief Olisa Metuh, said, “The participation of a ‘Local Organising Committee’ which is unknown to the Constitution of the Party and the Guidelines marred the congresses.
“Consequently, new 3-Man Adhoc Delegates Ward Congresses would commence on the 14th of July 2015.”
According to a member of the NWC, “The governor got more than he bargained for. He wanted to get the party to reverse itself but he was told that the era was over.
“The party told him to showcase his achievements as they were not enough to secure the ticket for him
The NWC member said the party had learnt from its past mistakes.
“We have been adopting undemocratic procedures before on issues like this and that has forced several top members of the PDP defect to All Progressives Congress, which led to the defeat we suffered across the nation during the last general elections election. We have learnt from that.” He said.
This action has renewed the hopes of the party in the state as many people are ready to vote for a credible candidate irrespective of the political party.
It is believed by many that the Buhari euphoria was what made the APC candidates in Kogi win their elections. Tongues have been waging that of the APC contenders, the most credible is Mohammed

According to Wada Abdullahi from Kogi  east for him change is not about APC , ‘’it is about the credibility of the candidate. If the party with the ‘change’ slogan (APC) fields a candidate that has some questions to answer, then we would vote for PDP if it provides a better option. Nigerians voted for Buhari and not APC. It was Buhari’s goodwill that rubbed on the candidates of the APC at the state level”.

Many people in the state are of the view that the days of using money to win are over. As one of them commented,’’ In fact, any aspirant who goes about sharing money now would be denting his chances. Buhari’s victory has shed a positive light on Nigerian politics. The politics of money has been relegated for politics of ideas. Buhari’s victory has killed money politics in Kogi. In the past, all you needed to do was share money and you would be given the ticket”. He said.
He continued, “Anyone who thinks APC would win easily should think again. Everyone is talking about a credible candidate now. It is not really about money again. If you have cases of corruption against you it is a problem. If one party fields a credible candidate with an unblemished track record and another party fields another with corrupt cases hanging on his head, the party with the clean candidate would take advantage of that during its campaign’’. The APC on the other hand, are still battling with leadership crisis in the state.
Recently, Kogi elders from East zone were said to have kicked against  Audu’s governorship ambition The said  elders were said to have passed  a vote of no confidence on former governor of Kogi state and leadership  of the party in the state for the way the former governor has personalized the party , running it as if it is a private estate. They released  a communiqué issued at the end of their meeting held at Ome hotel, Egume, Dekina Local Government Area of Kogi state, to state their position, and it was signed by the leading lights of Kogi East Zone such as  Senator Alex Kadiri, Chief John S. Odawn, Ocholi James (SAN), Alhaji Abdul Kaka, and Hon. Positive Ihiabe and others.
He was accused of “handling the affairs of the party just like his personal estate”
“Prince Abubakar has hijacked the APC party machinery to his personal benefit” they said.
“His unilateral decisions and actions on party issues have created bad blood in the party – a situation that is threatening to tear the party apart. He was, indeed, solely responsible for the loss of 14 seats in the Kogi State House of Assembly Election of 11th April. 2015.
“Prince Abubakar removes, suspends and replaces elected party officials at his whim and caprices.
They stated that reminiscient of his days as governor of the state when he was alleged to have acted imperially, Audu  directed a man to slap the APC Woman leader in Kogi state. They said, “Prince Abubakar Audu is very much high-handed; for instance, he at a meeting in his house, directed a man to slap the State Woman Leader of the party, Hajia Rabi Haruna (Mrs.) for no just cause.
According to the group, “The party is heading for imminent collapse if it is left to remain under the leadership of Prince Abubakar Audu”.

Efforts to speak to Yakubu Mohammed and Jibril Isah Echocho , two leading candidates proved abortive as their aides said they had traveled out of town.