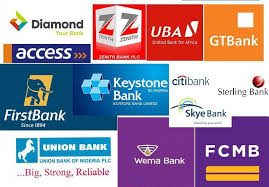 With the slow pace of the nation’s economy, stakeholders are worried over the increase in the spate of bank fraud in the country, despite efforts by the regulatory authorities to curb financial fraud and clean up the banking system.

Cases of fraud in banks have continued to undermine the integrity and safety of banks and depositors’ funds which by extension may threaten Central Bank of Nigeria, CBN’s, policy of financial inclusion targeting to bring in 95 percent of the population  by 2024. Last week, the NDIC reported that over N15 billion was lost to banks’ fraud in five years to 2018.

Nigerian banks have continuing to record dramatic increase in fraud cases gulping billion of naira belonging to government at all level which may not augur well  with the sector because of the dire consequences it portend to the economy, if unchecked.

Recent findings by BusinessHallmark also revealed that these criminal cases bordering on fraud, corruption and cyber-crimes are attributed to internal abuse by some staff of banks and partly because there are no forensic and investigative auditors in Nigeria to prevent fraud from taking place. Also court cases involving fraud between banks and customers have been on the rise.

And going by recent report which alleged that fraud in the banking sector has climbed up to about N25bn in five years, there is therefore the urgent need to nip the evil in the bud before it gets worst.

Recent reaction by the President, Chartered Institute of Forensic and Investigative Auditors of Nigeria, Dr. Victoria Enape, confirmed the increase in the fraud volume in Nigerian banks and stated need for training of forensic auditors to curb the ugly trend. The Forensic boss further highlighted the global dimension of bank fraud and corruption in most government and financial institutions and its prohibition by the United Nation, World Bank and International Monetary Fund.

Her position is that, “The place of training of forensic and investigative auditors cannot be over emphasised because the whole world has embraced this current trend years ago which has assisted them in the fight against fraud.

“Chartered Institute of Forensic and Investigative Auditors is an anti-fraud organisation, saddled with the responsibility of providing skills to relevant professionals on the use of science and technology to prevent, detect and investigate fraud of all kinds.

“The Institute also has mechanism to block illicit financial flows in the country; it therefore becomes indispensable in Nigeria if Nigerians and the future generation must experience peace and economic development”.

Her position is that government at all levels are losing billions of Naira every day and except appropriate authorities tackle  it headlong it may worsen the nation’s ailing economy. According to her, scandalous bank collapses, financial losses, loss of employment, investment and investors, loss of earnings and means of livelihood are some of the consequential social dislocations and risks associated with corruption and fraud in our society.

An IT manager in one of the major banks lamented their challenge with coping with the frauds especially cyber-fraud which is difficult to police as the criminals are one step ahead of control.

“We agonise every day we go home over what may happen the very next day; it is a constant battle we face daily as these fraudsters attack the system relentlessly; it is terrible”, he said.

To fight against the increasing volume of bank fraud in the system, stakeholders have also called for the urgent need for the passage of the (CIFIAN) Institute’s Bill by the House of Representatives to give concurrency after Senate passed the Bill on July 5, 2018. The Registrar of the Institute, Mr Valentine Ugwu, had said if the Bill is passed, it would not only minimise the fraud in our banks, but also assist government during elections.

“Forensic auditing can also be used to tackle and prevent electoral fraud. And President Buhari is the only Nigerian leader that has openly tackled corrupt persons since the existence of the country.

“We intend to help President Buhari in the fight against corruption by validating and enhancing members’ standing as forensic and investigative auditors with a credible, comprehensive and internationally recognised certification” .

Also, in the first six months of 2018, Nigerian banks recorded a total of lost N12.06 billion to fraud and forgery in six months with a record of 20,768 cases costing them N19.77 billion in the first six months of the year. The report which was released by the Central Bank of Nigeria (CBN), also disclosed that the fraud and forgery incidences were perpetrated by both bank staff and non-bank culprits.

According to the report in the period under review, the actual loss by banks to fraud and forgery, amounted to N12.06 billion, compared with the N0.78 billion and $0.03 million, suffered in the first half of 2017. The report also shows that the number of fraud related cases increased by 4,006 compared with 16,762 cases involving N5.52 billion and $0.12 million in the corresponding period of 2017.

Between 2014 and 2017, Nigerian banks had lost a total of N15.30 billion to various frauds in the country according to investigation by Business Hallmark. And a breakdown of the sum as disclosed by the Managing Director, Nigerian Inter-Bank Settlement System (NIBSS), Mr Adebisi Shonubi, indicated the sum was lost in 41,461 fraud cases between 2014 and 2017.

The E-Channels (Online banking and Card-related) fraud and forgeries in the industry is also becoming a major concern to the banking industry. In a similar report, the Nigeria Deposit Insurance Corporation (NDIC) said the number of fraud cases attributed to internal abuse by staff of banks increased from 231 in 2016 to 320 in 2017.

The report which was disclosed by the NDIC stated that the figure was in the organisation’s recent report on off-site supervision of the Deposit Money Banks (DMBs).

“The report relied on a total of 286 responses received from 26 banks during the period and there were 22 NIL monthly responses from the banks as at year ended Dec. 31, 2017.

Internet/Online-banking and ATM/Card-related fraud-types reported constituted 24,266 or 92.68 per cent of all the reported cases, resulting in N1.51 billion or 63.66 per cent. Losses arising from reported cases decreased from N760 million in 2016 to N682 million or about 11.43 per cent in 2017, was  attributed to the  improvement to additional internal control measures adopted by the banks in the wake of the proactive corrective measures taken to ensure their compliance with good corporate governance principles by National Deposit Insurance Company (NDIC).

In his reaction to allegation of connivance between bank staff and outsiders, a senior manager in First Bank, who preferred to speak to Business Hallmark unidentified, buttressed the fact of connivance of some staff.

“Banks are aware of these loopholes in the system and threats posed by them and are on their trails to fish out the culprits”. He also claimed, “By the time reports of this year would be out, you will see a decrease in the volume of fraud case in the banks because a lot of efforts are geared towards curbing fraud in banks either through internal or external monitoring”.

The NDIC investigation of some banks for inadequate rendition of returns on instances of fraud, forgeries and cases involving members of staff has also led to dismissal or termination of   appointments on the grounds of fraud.  And Section 35 and 36 of the NDIC Act No. 16 of 2006 (as amended) requires all Deposit Money Banks (DMB) to submit monthly information/returns on fraud and forgeries to the corporation.