The distressed state of the Nigerian economy since 2015 has been well known to experts and unbiased international agencies, and frequent attention had been called to it. But government and its supporters never seemed to appreciate the enormity of the challenges and the potential dangers they portend. To them it is all part of the politics of change and keeping power as contrary opinions on the economy were simply dismissed as politically motivated attempts to discredit the leadership of President Muhammadu Buhari.

Generally this attitude aligns with all Nigerian government’s response to bitter truth about itself and policies from either opponents or international agencies. Every Nigerian government seems to believe in its alternative reality and the whole world can jump into the ocean for all they cared. President Buhari rubbed this in while inaugurating the Presidential Economic Advisory Council, when he urged them to develop an alternative domestic statistical base for assessing the economy. To them, the world must necessarily agree to whatever government thinks and say about itself regardless of the truth.

Although, this impertinency is characteristic of all Nigerian governments, the Buhari presidency has taken it to an obscene and destructive dimension where the government does no wrong, making it accountable to no one but itself. In spite of its many failings which are still unfolding, there seems to be a dark cloud of uncertainty and silence over the nation.

While still thumping its chest over some policies success, the World Bank last week brought home the inconvenient truth which unusually and uncharacteristically has remained unchallenged by its spokes-people. The grim, gloomy and ominous report is more than food for thought for the government; it is indeed, a wake-up call and warning of the dire future ahead of the nation. It is an end of innocence for the government and a time to confront the brutal truth.

The World Bank report, titled ‘Jump-starting Inclusive Growth: Unlocking the Productive Potential of Nigeria’s People and Resource Endowments’ is like the beginning of economic and social Armageddon, and seems more fictional than reality. And there is only one cause for this: Buharinomics, an economic and political contraption that negates and disdains every known and tested liberal economics and political philosophy.

The World Bank’s damning report is the score card on Buharinomics, which has pretended that it could roll back the hand of time. But economics is not politics; it is like pregnancy – in the fullness of time it would show. Nigeria is now in a race against time and it does matter what this government does henceforth, the horse, by every stretch of reason, may have already bolted and the time of reckoning is here.

As a believer in free market, this newspaper had faulted the Buhari policies times without number to the irritation of officialdom. We understood very early the contradictions inherent in the policy and predicted its expected end. Policy inconsistency is legendary in Nigeria but reversing a 16 year policy strategy that had made the economy one of the fastest growing in the emerging markets was taking opposition and messianic indignation too far.

Since the coming of this government, the highest growth rate has been 2.7 percent against the average six percent in 16 years. Before this government, Nigeria was already becoming an investment destination; after taking over, there has been a reverse flow of investment outside the country. Before this government unemployment and inflation were at single digit simply by the opening of the economy through privatization and less government; since then inflation has remained at double digit, while unemployment has tripled especially after the economy went into recession in 2016 and shedding about seven million white collar jobs.

In 2005 Nigeria received a debt relief which removed the $34 billion debt burden on it. In 2015 when this government took over the debt stock was just N11 trillion; today it is N27 trillion or $84 billion. The menace of herdsmen ravaged our farmlands creating food scarcity in the country with this government looking the other way. Then the inexplicable policy: the border closure. Whatever may be the benefits, the truth is that more Nigerians are being pushed into poverty everyday as the cost of living has skyrocketed.

What about subsidy? A policy that is shrouded in corruption, according the government before it took over. Today Nigeria is spending more on subsidy than at any time in history. In 2018, Nigeria spent N1.2 trillion on fuel subsidy, and has already spent about N800 billion in the 9 months of 2019. Smuggling of petroleum products and other items such as rice was the reason for the border closure.

According to the World Bank Nigerians living in extreme poverty may increase by more than 30 million by 2030 and the country will be home to 25 per cent of the world’s destitute people if the government fails to revive economic growth and create jobs. Nigeria’s economy is expected to grow by 2.1 per cent in 2020 and 2021, compared to an annual population growth rate of 2.6 per cent.

This newspaper is deeply troubled by the report and urges government to mend its ways by swallowing the bitter pills. It should accept its policy folly and turn a new leaf by opening up the economy, cut down on populist programmes, such as subsidy and defending the naira to conserve resources, and introduce necessary reforms. This is the only way to go, because a patient with urgent medical condition requires immediate surgery. Nigeria is overdue for such. 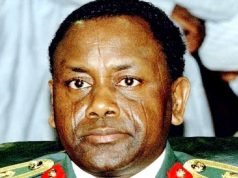 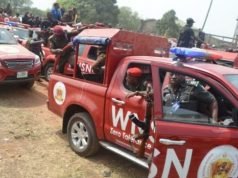 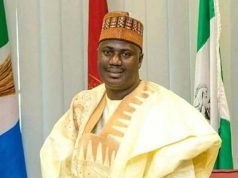 Editorial: The return of Big Brother