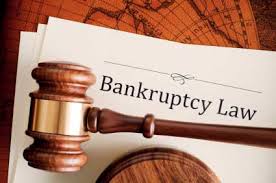 Ambiguity and ignorance have been identified as the principal factors inhibiting the enforcement of bankruptcy law in Nigeria.

Hallmark investigations show that a lot of lawyers in the country are not abreast of the Bankruptcy Act of 1990, which was amended in1992.

Many of the lawyers who were asked why the law not is not being enforced in Nigeria, said they need time to study the bankruptcy law before they could respond to the question.

In his own reaction, Barrister Ben Okoye told Hallmark that a lot of people lack knowledge of the existence of the law.

According to him, filing of bankruptcy is an extreme case, so Nigerians usually prefer to pursue out-of-court resolutions of their financial disagreements.

“There was a case that I handled recently. A young man, who was going through a lot of financial pressure, because he could not meet his obligations to his creditors, came to me for legal advice.

I told him that there was a last resort, which was him filing for bankruptcy. He objected that option when I listed the implications to him.

He felt there is always a way so he had to settle out of court,” he said. The Bankruptcy Act says a person can be declared bankrupt when he who cannot pay his debts of a specified amount and to disqualify him from holding certain elective and other public offices or from practising any regulated profession (except as an employee).

A corporate organization that cannot meet its financial obligations to its creditors could be declared insolvent by a court of appropriate jurisdiction.

Barrister Ikechukwu Ikeji also noted that many of his colleagues are not conversant with the Nigerian Bankruptcy law, which he attributed to be the cause of the non-application of the law in the country.

“Most laws in Nigeria are observed in disobedience than in obedience. Bankruptcy law is one of such laws that Nigerians subvert at every given opportunity.

“Some lawyers don’t know the procedures for filing for bankruptcy andthey don’t know its import,” he asserted. For him, companies that raised public funds through the capital market but disappear some while were supposed to be forced to declare bankrupt.

The lawyer blamed regulators indolence for many organizations that raised from the capital market and delist from the market after few years.

The former registrar, Chartered Bankers Institute of Nigeria (CIBN) and a Finance lecturer at the University of Lagos, Dr. Uju Ogbuika claimed that the bankruptcy law in Nigeria ambiguous, hence, the difficulty in enforcing it. He called for the review of the law and stakeholders need to make inputs so that it would serve present and future realities.

“Many people don’t go to it because they feel it very cumbersome and it gulps a lot of money and time,” he explained.

He, therefore, urged regulators in the country to initiate the review of the bankruptcy law.It would be recalled that Afribank Nigeria Plc (which later became Mainstreet Bank and was sold to Skye bank after it was nationalized by Asset management Company of Nigeria (AMCON)) filed bankruptcy petition against Chief Cletus Madubugwu Ibeto at the Federal High Court in Lagos for his inability of pay the N11.4billion credit facility he borrowed from the bank. But the case was stalled along the line.

He said because anybody that is declared bankrupt cannot hold any public office or be a director of a limited liability company, people  do everything possible to avoid it.