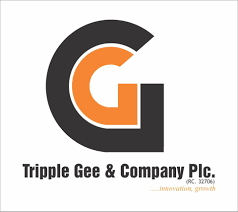 Tripple Gee must have given a soothing lesson that not all companies founded indigenously died with their owners. Though, in our experience, most indigenous companies in the country often fade out upon the death of their founders, but Tripple Gee and a few others  have become a welcome exemptions to this culture.

The name Tripple Gee according to BusinessHallmark’s findings came from the initials of the founder, Chief Gani Gbadebo Giwa, GGG, who set up the company in 1980. The company was designed from the outset to provide printing and manufacturing services for a selected market.

According to Dr. Olufemi Omoyele, a management expert at Redeemer University, “Tripple Gee has proved resilient over these years, weathering the ups and downs of the economy, in the process. Giwa’s B2B model might have been seen as risky, but the company has remained through four decades, waxing stronger even after the death of its founder.”

Though it may not be as popular as Academy Press, and not a household name, Tripple Gee & Company Plc has remained resilient, as it has continued to unfold a gradual and consistent increase in its yearly sales and revenue.

It’s financials in the couple of years prior to 2015 was bad and the company wobbled along amidst difficult period, but as from 2015, the company seemed to have recovered it’s grooves and started recording a steady rise in income , especially as from  2017.

Tripple Gee was incorporated as a private limited company in April 1980, but it  was not listed on the main board of the Nigerian Stock Exchange until 1991 when it converted to a public limited liability company.

According record seen by this newspaper, during its listing, the company had 10 million authorised shares of which five million were issued and fully paid for. The company has now increased operations and upped its shares to almost half a billion units, worth N247.48 million at its current market price of N0.50 per share, 29 years after listing on the main board of the Nigeria Stock Exchange and converted to public limited company.

It has over the years shown comparative  advantage in printing, specialising in manufacturing financial instruments (MICR encoded and personalised cheques, dividend warrants, share certificates), and other secure and commercial documents. Labels and flexible packaging materials are also part of its products.

Its customer portfolio has been diverse, and it includes firms in need of and labeling products like pharmaceutical labels, anti-counterfeit labels and packaging labels such as printed nylon, BOPP, PVC and shrink packaging products.

“The company has shown enough resilience and good management. It has gradually made progress over the years, incorporating into its operations the production of ballot papers and election stationery among others,” Wale Adeduntan, a top client of the company told this newspaper.

Apart from the above, this medium learnt that the company also print licenses and permits, customs revenue collection forms and receipts, statement of accounts, utility bills and pension contributions, personalised letters to shareholders and brochures collation, to meet the needs of its expanding clientele.

As a mark of its’ strength in the printing sub sector and confidence it has inspired, Tripple Gee is providing secure financial instruments such as cheques, and certificates for financial institutions like the Central Bank of Nigeria (CBN), Guaranty Trust Bank Plc, Zenith Bank Plc, Ecobank Nigeria Plc, Union Bank Plc, Bank of Industry (BOI), EDC Registrars Limited, and First Registrars, among others.

In addition, the company produces Self-Adhesive Labels used by companies in the Manufacturing, and Oil and Gas sectors. Conoil Plc, Capital Oil Plc, A – Z Petroleum, Oando Petroleum Plc, Tecno Oil & Gas Ltd, Ascon Oil & Gas Ltd and Grand Petroleum Ltd are some of their patrons in the space.

Other top clients of the company according to this newspaper’s research include institutions such as the Joint Admissions and Matriculation Board (JAMB), West African Examination Council (WAEC), Nigerian Ports Authority (NPA), Nigerian Maritime Administration and Safety Agency (NIMASA), Independent National Electoral Commission (INEC), Institute of Chartered Accountants (ICAN), and some higher institutions.

Also big brands like the Dangote Group, Flour Mills of Nigeria Plc, Berger Paints of Nigeria Plc also have Tripple Gee producing their secured documents. The company’s activities are segmented down into manufacturing of packaging products and printing services, with the former making for 53% of its activities, and the latter making up the rest.

Efforts  by BH to speak to Tripple Gee failed as this newspaper was informed by security at the company’s premises that the pandemic has affected work culture, and the official competent to speak was not available.