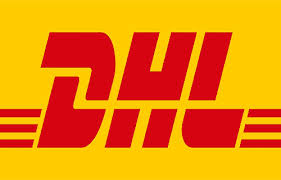 A statement by the company said on Thursday in Lagos that Brewer made the assertion while speaking on. “The Role of Trade in Ending Poverty Report” recently released by the World Bank Group and World Trade Organisation.

“Africa continues to remain vastly unexplored, and making Africa’s most remote regions accessible for trade will not only promote prosperity in those regions, but also elevate the continent’s continued growth path,” it said.

The statement said brewer explained the role that international trade played in development and poverty reduction in Africa.

It said the report stated that the value of trade was measured by the extent to which it delivered better livelihoods, measured through higher incomes, greater variety of choice and a more sustainable future, among others.

“While countries need to continue to establish better trade relations with international partners, enabling trade routes within the continent can yield numerous benefits for the region and its people,” it said.

Having entered the African market in 1978, when the continent was still relatively ‘unknown’, the statement said DHL had explored the remotest of regions in Africa.

It said the company also witnessed the areas to transform; both economically and socially, simply due to access to new services.

It pointed to Cape Verde, situated off the northwest coast of Africa, as a good example of this.

“Cape Verde is a small country consisting of 10 islands, and as a result, the quickest and most reliable way of transporting goods to and from the country is by air.