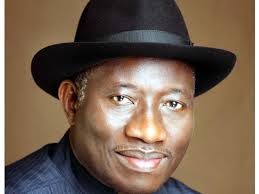 The view that Nigeria was collapsing under former President Goodluck Jonathan was a widely held one, and it was not surprising that even those who had worked under the former president, including the one-time National Population Commission (NPC) boss, Eze  Festus Odumegwu were among the loudest voices advocating change.

Indeed Nigerians wanted change, and desperately too. In fact so desperate that some were even ready to kill and maim to make sure the change came to pass: change unemployment to employment; change from erratic power supply to a steady one; change from an era of endemic corruption to the dawn of a corrupt-free  society; from the one time in the history of Nigeria when the official pump price of PMS, popularly called, fuel climbed to as high as N87 per litre and even as high as N150 in some filling stations with dubious owners, to a time when it would be quickly slashed to N46 per litre flat; a time when the massive cost of running government in the country would be reduced to what is obtainable in sane countries, if not less. And the list is endless.

It was to be a change from everything that was wrong with Nigeria to everything that would be good. And that change officially took off on May 29, 2015, a day that quickly found a strategic place in the annals of Nigerian history. The day a ruling party defeated in an election handed over an opposition party; it was change in every sense, but two weeks into the regime of change, there is already a cause for cautious optimism. A reason to pause and ask: Is this change really possible?

Well, it is perhaps. At least, doubt is not a thought that the hardcore proponents of change would want to entertain at this time. Yesterday I asked a friend of mine who, of course, was one of those who drummed this band of change to high heavens, if he was still optimistic about the change translating to good tidings for the country.

Certainly, he was and he went on to explain that given the legendary rot Buhari inherited from the previous administration of GEJ, he deserved  eternity to make meaningful impact. He went on to state that GEJ had six years within which period he made things worse. And that now the EFCC is working with renewed vigor, which, according to him, is a testament to Mr. Buhari’s determination to bring the looters of our commonwealth to justice.

I reminded him, however, that Nigeria’s problems did not start in 2010 and that it was wrong to blame Jonathan for all the problems of the country. He insisted nonetheless that even GEJ made things worse. Then I asked him to mention the specific sectors that he actually worsened. He thought hard but could not find answers. Yet, I reminded him that Buhari’s anti-corruption war started with the exoneration of former Bayelsa governor, Timipre Sylva from all corruption charges. He has had enough; he told me he had things to do as a matter of urgency and left.

There is a popular saying that you cannot do the same thing over and expect a different result. Jonathan, we could all agree, failed because of his approach to problems, most damning of which is his “allowing corruption to fester.” And it was only expected that since he failed, those who took over from him would adopt a different approach. But have they?

Buhari and the APC had crucified Jonathan for going to seek assistance from ‘small’ neighbouring countries like Chad, Niger and Cameroon in the war against Boko Haram. For them it was an insult for the giant Nigeria to condescend so low as to ask minnows for help in the fight against a “small group of miscreants in the Northeast.” With one single swoop, if Nigeria had a better commander-in-chief, Boko haram would be history.

But Buhari went to the same small neigbours as soon as he took office to further the collaboration of Nigeria and the “small” countries. And since then he has been travelling from country to country consulting widely. One would have to agree, however, that it is necessary to consult as a new president, but too many consultations may suggest a lack of strategy.

Again, for someone that rode to power on a strong anti-corruption platform, the sudden dismissal of all charges against Sylva who is a strong party member as soon as he took office does not bode well for such reputation. There is still hope nonetheless that things will get better. At least, there is no suggestion so far that all the campaign promises will not be fulfilled.

It calls for caution however, that while Buhari had postured as one who was out to reduce drastically the cost of running government, and even 19 ministers were suggested to that effect, he went on to appoint  15 advisers at a go. As if that was not enough, Garba Shehu and Femi Adesina were appointed for practically the same role. As Nigerians await the naming of his cabinet, there is every likelihood that the number of ministers would not be 19. For a fact, the constitution provides that each state must produce a minister.

But even more worrisome for keen observers of this change is the recent report that members of the change enthroned 8th National Assembly would be sharing and smiling home with a whooping N8.64 million which translates to N17.5 million for each of the 360-member House of Representatives and N21.5 million for each of the 109-member senate as welcome package in the face of the country’s dwindling revenue which has led to many states not being able to pay salaries thus causing untold hardship to Nigerians.

Even as millions of the country’s youths remain unemployed and millions of families live below the poverty line. All the House members, besides the Speaker and the deputy will also get N3.97 million each as housing allowance while their counterparts in the upper chamber will get N4.1 million each.

The above is certainly not the kind of change Nigerians voted for. Although President Buhari is not a member of the National Assembly which is an independent arm of government, the arrangement is a dent on the image of the APC as change agents. And the president’s recent claims that he would have preferred to be president at a younger age has led to interpreters being engaged in trying to draw whatever meaning that suits their beliefs from the statement.

Indeed, this might not be the change we expected after all; it could just be a mirage.