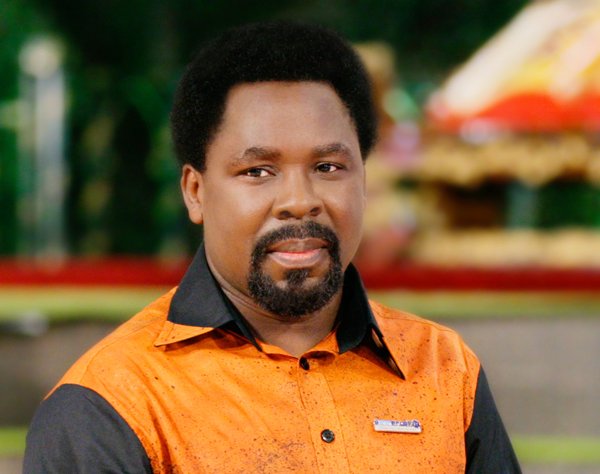 These are obviously not the best of times for the Founder and General Overseer of the Synagogue Church of All Nations (SCOAN), Prophet Temitope Joshua. As a man regarded outside his country as a mini-god but considered by many in his country as a controversial prophet, the new twist to his court case has surely done his image, especially in Nigeria, more harm than good.

A couple of days ago, Coroner Oyetunde Komolafe dared to thread where only the brave and strong-hearted thread. He put aside all religious sentiments and decided that the same way T. B Joshua does his job on the pulpit is the same way he would do his job in the courts.

Most Nigerians never saw his ruling coming, especially when one considers that the sitting began over ten months ago. They felt he was simply too big to be indicted. Members of his church told all those who cared to listen that the building that collapsed on Friday, 12th of September 2014, was simply an act of the devil meant to tarnish the golden image of Temitope Joshua.

The Sunday after the incident, I visited the church to have a firsthand experience of the impact the incident would have on the church. To my utter shock, what I saw was bewildering. The number of those queuing up outside the church just to get in was staggering. After I had queued outside for over an hour without any hope of going into the church, I decided to count those of us who were outside.

I had not counted half of those on the queue when I reached the 1500 mark. At that point I decided to take photographs of the long queue. As I brought out my Ipad  to take pictures, the security men pounced on me and threatened to seize my Ipad if I didn’t delete the pictures I had taken.

Recently, Prophet Joshua held an international crusade at a stadium in Mexico and the number of those who showed up and got their miracles placed Joshua on a pedestal where only very few belong. No doubt he is a man loved and adored by foreigners and almost despised by many in his home country.

However, only God is above the law. T.B Joshua is not God. Hence, Coroner Komolafe has ruled that SCOAN was criminally negligent, and should be investigated and prosecuted. This came as a shock.

“The church was culpable because of criminal negligence resulting in the death of victims,” the coroner said.

TB Joshua was criticized by the coroner for being the only one of 32 witnesses called before the court to not turn up.

“Among the individuals and organizations summoned, only Prophet TB Joshua refused to testify,” he told the court.

Meanwhile, following the verdict passed by the Lagos Coroner after months of inquest sitting, Nigerians and foreigners in particular sympathizing with the church and their spiritual leader have openly criticized the church’s ruling.

Legal counsel, Barr. Olalekan Ojo, speaking on behalf of T.B Joshua and SCOAN, said the ruling is unacceptable because it was filled with bias and the inquiry into the collapse was one sided.

According to Synagogue reporter, Ikechukwu Njoku, foreigners aren’t happy with the verdict T.B Joshua got from the Lagos State government and took to social media to vent their frustration.

Thousands of foreign supporters of T.B Joshua have taken to Facebook to express their dismay and disgust at the controversial verdict released by the Lagos Coroner’s court which ruled the fatal collapse of a building at the cleric’s church last year was due to structural defaults.

“Do you know that this verdict will cost Nigeria both at home and abroad?” wrote an American who gave his name as Freedom. According to him, the Nigerian government should know that the whole world has seen the footage of what happened in the incident and as such, they cannot hide the truth.

John Mooney, an Australian, he believes that the ruling was biased.

“I am a lawyer and I must say that indeed the coroner panel was biased. The Lord shall vindicate Prophet Joshua and the entire church,” he said.

For John Parker, an American, the truth will eventually be revealed and God will have mercy on those who bare false witness against a true man of God.