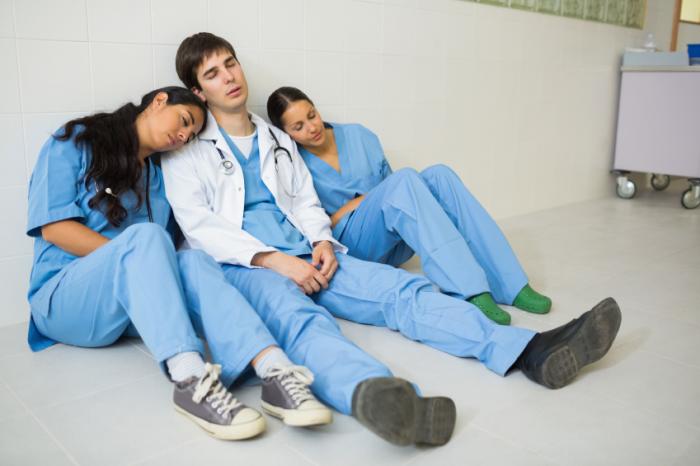 Dolly Parton once sang that working 9-5 is “all taking and no giving,” but working outside of these hours may take away much more – when it comes to our health, at least. A new study finds people who work shifts are more likely to have sleep problems than people who follow conventional work schedules, which may raise their risk of metabolic disorders such as obesity and diabetes.

Lead investigator Dr. Marjory Givens, an associate scientist at the University of Wisconsin School of Medicine and Public Health in Madison, and colleagues published their findings in Sleep Health – a journal of the National Sleep Foundation.

The link between shift work and poor health is not new. In July 2014, a study linked shift work – particularly rotating shifts – to increased risk of type 2 diabetes, while a more recent study found people who work rotating night shifts for at least 5 years are at higher risk of all-cause and cardiovascular mortality.

For SHOW, all participants were subject to home- and clinical-based physical assessments and interviews.

The team analyzed 1,593 participants who underwent a physical examination, using the data to calculate their body mass index (BMI) in order to establish their overweight or obesity status.

The data of a further 1,400 participants with type 2 diabetes was assessed. Their condition was determined by either a self-reported physician diagnosis or by the presence of glycated hemoglobin (HbA1c) in the blood at levels of 6.5% or higher at physical assessment.

The working patterns of participants were recorded during interviews.

Compared with individuals who worked traditional 9-5 schedules, those who worked shifts were more likely to be overweight, at 34.7% and 47.9%, respectively.

The researchers were not surprised that shift workers had more sleep problems. “Shiftwork employees are particularly vulnerable to experiencing sleep problems as their jobs require them to work night, flex, extended, or rotating shifts,” explains Dr. Givens.

This finding, the researchers say, indicates that by getting sufficient sleep, shift workers may be able to reduce their risk of obesity and diabetes.

“This study adds to a growing body of literature calling attention to the metabolic health burden commonly experienced by shift workers and suggests that obtaining sufficient sleep could lessen this burden.

More research in this area could inform workplace wellness or health care provider interventions on the role of sleep in addressing shift worker health disparities.”

While this study is strengthened by the fact it drew its conclusions from a population-based sample and objective markers of overweight and diabetes, the researchers say there are some limitations.

They did not account for confounding factors, for example, and sleep duration and sleep quality of participants was self-reported. Finally, the team says that because they used cross-sectional data, they are unable to establish a causal relationship between shift work and poor metabolic health.