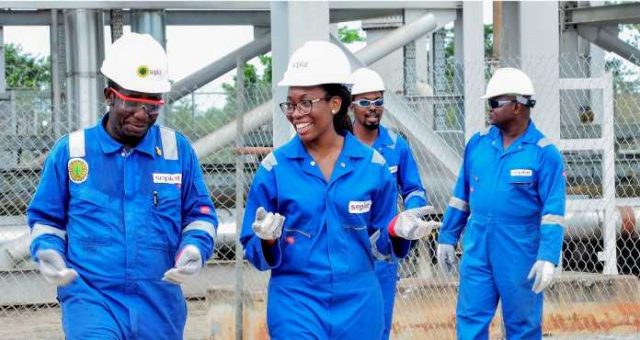 ...we remain committed to profitability – Orjiako

Leading indigenous oil and gas company, Seplat Petroleum Development Company Plc. has posted a profit before deferred tax of N73 billion for the year ended, December 31, 2018, with a promise to grow production drive, increase shareholder yield and capital appreciation, even as the company’s net profit after tax dipped 45 percent.

The company also announced N228 billion revenue in its full year 2018 result. The figure represents a 65 percent increase from the N137 billion it made in 2017. Seplat, listed on both the Nigerian Stock Exchange and the London Stock Exchange, also recorded N73billion profit before deferred tax, indicating 480 percent increase from N13 billion it made in the corresponding period in 2017.

A review of the company’s 2018 results shows positive performance across all financial indices. Gross profit for the period grew by 84 percent to N120 billion from N65 billion reported in 2017 December. Operating profit stood at N95 billion, representing a growth of 177 percent over N34 billion recorded in 2017.

In an address to shareholders during the Annual General Meeting held at the Civic Centre, Victoria Island, Lagos on Thursday, the company’s chairman, Dr. A.B.C. Orjiako said Seplat’s operational and financial performance reflected higher year-on-year levels of production uptime at its core oil producing assets combined with a firmer, albeit volatile oil price and increased contribution from the company’s gas business.

“Our results from the previous two years were characterised by the extended period of force majeure at the Forcados terminal from February 2016 to June 2017,” he said.

“As we enter 2019, our reliable production base, low unit cost of production and discretion over capital commitments will allow the business to remain highly free cash flow generative and profitable. In the absence of any major interruption or force majeure event, this will enable Seplat to honour its divided policy and provide an attractive yield to our shareholders in addition to the potential for capital appreciation.”