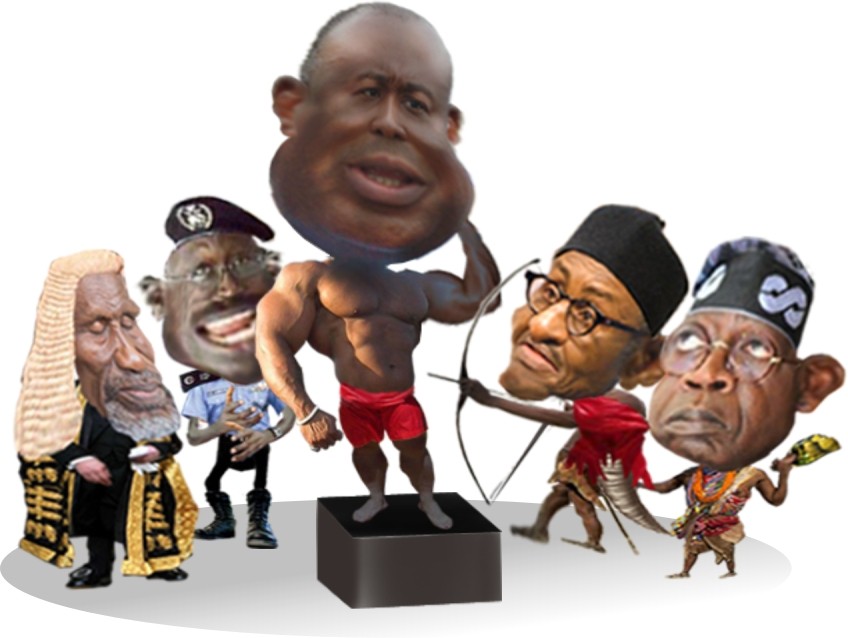 There are fears that the power struggle in the All Progressives Congress, especially between Senate President, Bukola Saraki and party’s national leader, Asiwaju Bola Tinubu might lead to the collapse of the party. OLUSESAN LAOYE reports

The squabbles within the All Progressives Congress (APC) occasioned by the present political appointments and the leadership tussle in the National Assembly are now heightening the fears that the merger of the opposition parties might collapse.

Four major opposition political parties of the Action Congress of Nigeria (ACN), the All Nigeria Peoples Party (ANPP), Congress for Progressives Change (CPC) and a faction of the All Progressives Grand Alliance (APGA)  fused together to form the APC. The party in the 2015 general elections defeated the Peoples Democratic Party to emerge the ruling party.

Analysts foresee a likely breakdown of the merger as previous political mergers in Nigeria had really not succeeded, especially in the pre and post colonial days. Since the alliance came into existence, there had been series of intrigues and power play by the power blocks involved in it.  Like the previous alliances, the factors such as ethnic considerations, ideological differences, and primordial personal interests which led to their collapse have started manifesting in the present APC. 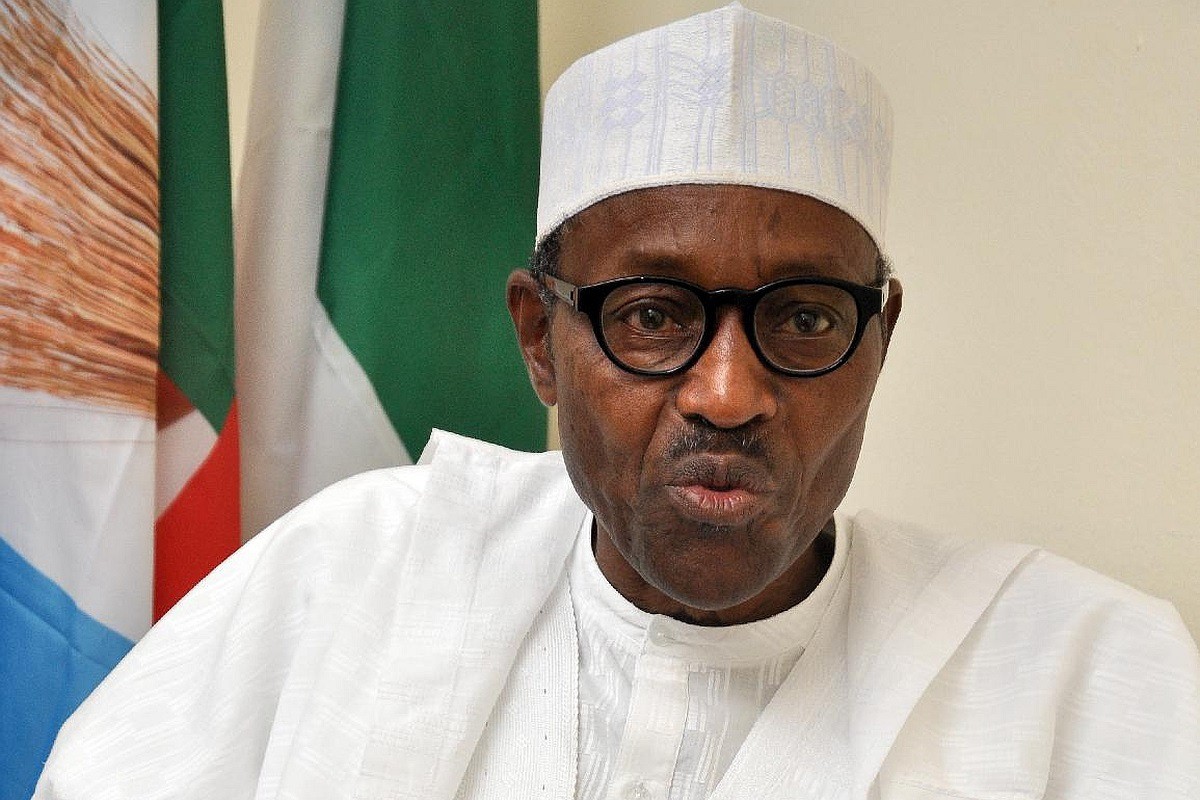 Political observers suggest the APC leaders were blindfolded in their quest to take power from the PDP which dominated the scene for 16 years and, whose rule had bored Nigerians who wanted a change.

With this, the election was fought and eventually won by the APC and since then the power play in the party as to who would be in control of both the party and the government started to play out. In the election of the National Assembly leaders, while the group led by the former governor of Lagos State and leader of the party favoured those he believed would serve his interests and that of his people in the South West, those in the other block especially political gladiators from the North led by the former vice president, Alhaji Atiku Abubakar outwitted Tinubu’s group to take control of the National Assembly. As Mr. Toba Alabi puts it, the situation clearly displayed conflict of interests across political and ethnic considerations which have been the bane of our political development in Nigeria since 1952.

With Bukola Saraki as senate president and Yakubu Dogara controlling the House of Representatives, with a strong alliance with the PDP which has now become the opposition party the Northern block led by Atiku was comfortable that they had got hold of the legislature. They left the rest of the job for the executive to complete the task of putting Tinubu into check.

Initially the game plan in the National Assembly was regarded as a personal ambition of the gladiators in the game, especially Saraki who was insinuated to be eyeing the Presidency in 2019. But what is now on the table even with the ministerial nominees currently going through screening by the senate has shown clearly that the events in the national assembly which produced Saraki and Dogara is a prelude to the 2019 fight given that President Muhammadu Buhari’s second term is still uncertain.

The first salvo and the signal from the presidency which is in tandem with the Northern agenda in the present APC government were the appointments made by President Buhari. Eighty percent of those appointed were from the North, including the position of the Secretary to the Government of the Federation (SGF). With President Buhari’s key appointments gone it then dawned on other stakeholders in the merger that they have been short changed in the new government.

What actually became worrisome to many about the merger was the fact that there was no input from the leadership of APC in the process of nominating ministers and other key appointments. It was argued that even in the South West where Tinubu holds sway those picked by President Buhari were outside his group. It was alleged that some of them are those he had worked against their nomination. This action of the president according to sources did not go down well with some of the party leaders in the South West, who felt that the zone was supposed to be a big player in the scheme of things in view of the role the zone and its leaders played in the emergence of the APC, but has been sidelined.
From the look of things Tinubu appears to have gone back to his shells since the first major appointments of the President and when he was said to have perceived that the action of the Senate President could not have been his sole intention, but combination of forces against him and his people. Although from the outside one would say that Tinubu is on his own based on his stand against some of the leaders in the South West, but deeply the notion about the ways things are going in the country especially in the Buhari’s government has now gone beyond Tinubu going by the meeting of Yoruba council of elders headed by the former military governor of the western region, Gen. Adeyinka Adebayo.

At the meeting of the Yoruba elders the political issues were addressed and the core point was the invasion of the Fulani herds men in the South West, which they believed was posing a big threat to the zone and warned that if this should persist the zone would not have any other option than to pull out of the federation called Nigeria.

The meeting of the Yoruba leaders in Ibadan voicing out their anger against the herds men speaks volume as it pointed to several issues which borders on the present appointments in the federal system and the attitude of the North, regarding the positions at the national assembly. Though the national assembly issues looked political the events unfolding shows that it has gone beyond that and with the caliber of elders at the Ibadan meeting it shows that it has taken ethnic colouration. Hence there is the likelihood of all the forces in the South West coming together to fight a common goal and Tinubu’s camp cannot be excluded in this kind of struggle.

The common goal of the people of the South West now is that they cannot live in the present structure of Nigeria which undermines self actualization of the people of the region, which has for a long time been the stand of those in Tinubu’s camp despite the fact that they did not back the constitutional conference of the former President Goodluck Jonathan.

Although all the players in the nation’s polity appear to be moving along and tolerating one another, there were indications that this kind of attitude may not go far as long as ethnic consideration and personal interests take the centre stage. The sign of serious problem in the polity has started manifesting with the recent Tinubu/Saraki face-off.

Since the APC won the election, political observers suggest that the marriage may go the way of others in both the first and the second republics as those who consummated it were regarded as men of strange bed fellows. 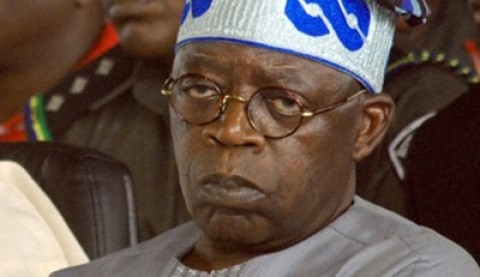 The October 12 statement attributed to Tinubu further revealed the lingering crisis between the former governors, and saraki now rocking the boat of APC. In that statement, Tinubu condemned Saraki as being disloyal.  Tinubu’s statement was informed by a newspaper report that the two of them were conspiring to undermine Buhari’s government as regards appointment of ministerial nominees.  Tinubu’s explained that “the idea of an alleged conspiracy between Tinubu and Saraki against the President is a lie.” It further stated that the way Senator Saraki captured his current seat showed act of crass disloyalty to the party.

Although no one knows the author of the offensive statement that linked Saraki and Tinubu, those in Tinubu’s camp believed that it came from the PDP to cause confusion in the APC.

In his own reactions, the Senate President stated point blank that he would not like to join issues with Tinubu but adds that, it was known to most Nigerians that there has been no meeting or communication between him and Asiwaju Tinubu since he was elected Senate President. ”Therefore, I do not see any basis for a newspaper to report that we are both plotting to oppose the President.”

The development according to political watchers indicates that the showdown could destroy everyone, including the principal actors and this could at the end of the day lead to the disintegration of the APC as it happened between NCNC and NPC in 1960, which fell out based on ethnic consideration and ideological differences.

While the NCNC was liberal the NPC was aristocratic and conservative. The NCNC /AG merger of 1964 did not work also during the period NCNC showed that it was a liberal capitalist, while the AG was totally a radical party with socialist ideology. The second republic alliance between NPN/NPP did not work out and it wobbled till the end of the first tenure of the NPN due to ideological differences and programmes. In 1983 NPP/UPN attempted merger failed because of ideological differences, ethnic consideration and what was perceived as primordial interests. Even the coming together of about five political parties to form a formidable opposition called the PPA to NPN in the second republic failed.

Now that the APC has become the first opposition party through merger to defeat a ruling party in Nigeria and the party still operates without a clear ideology, while personal interests and power politics rule. It was argued that mergers have continued to fail in the country because politics in this country permits pluralism which allows a politician to move from one party to the other.

Commenting on the political situation in the country as it affects the people, leader of Afenifere, Chief Ayo Adebanjo said that no matter the form it takes to grab power the country needs total restructuring. Also leaders of the Odua Peoples Congress (OPC), Dr Fredrick Fasheun and Comrade Gani Adams were of the opinions that merger or no merger to form a federal government what the country needs is self actualization.

Professor Akintunde Adebimpe Adetunji governorship candidate of APGA in the last governorship election in Osun State argued that it was glaring when the parties came together that the alliance would fail. He also condemned the appointments into key offices in Buhari’s government, saying that it fell short of the expectations of Nigerians.