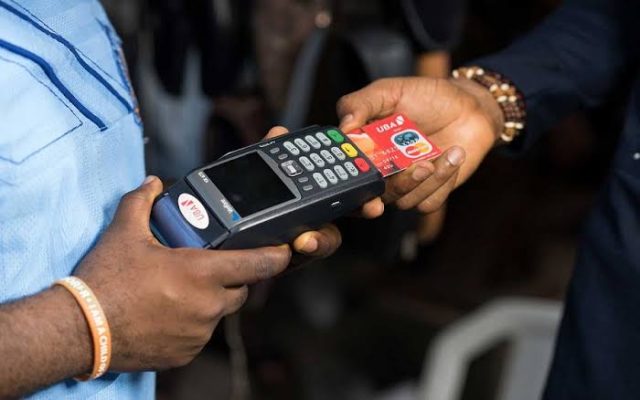 The Association of Mobile Money and Bank Agents of Nigeria (AMMBAN) has kicked against the imposition of fresh cash withdrawal limits on individuals and organisations by the Central Bank of Nigeria (CBN).

The National President of AMMBAN, an umbrella body of all Point-of-Sale (PoS) operators, Victor Olojo, while reacting to the CBN order, said the newly announced policy would have a negative impact on their business as it translated to the shutting down of PoS terminals.

The CBN, it would be recalled, had on Tuesday, December 6, 2022, announced the imposition of fresh cash withdrawal limits on individuals and organisations, effective January 9, 2023.

According to a memo issued by the CBN to banks, individuals will only be able to withdraw N100,000 per week (from over-the-counter, point-of-sale machines or automated teller machines), while organisations can access N500,000 per week.

The apex bank, in a memo signed by it’s Director of Banking Supervision, Haruna Mustafa, directed banks to load only N200 and lower denominations into their ATMs. This means Nigerians will only be able to withdraw N20,000 per day from ATMs when the directive becomes effective.

“The maximum cash withdrawal over the counter by individuals and corporate organisations per week shall henceforth be N100,000 and N500,000 respectively. Withdrawals above these limits shall attract processing fees of 5 per and 10 per, respectively.

“Third-party cheques above N50,000 shall not be eligible for payment over the counter, while extant limits of N10,000,000 on clearing cheques still subsist.

However, the announcement did not go down well with point-of-sale operators who vowed to oppose it.

“This news is just breaking and a lot of PoS agents are already complaining bitterly. Some are calling for protests as this policy, which limits PoS transactions to N20,000, sends them out of business. Hence they have to return to their villages”, the AMMBAN boss lamented.

He warned Nigerians to brace up for the impact of the new policy, noting that things would be really tough as Nigeria was still a cash-dominant society.

“Nigerians should brace up, as this is a challenge that CBN is putting out to Nigerians to embrace technology.

“However, the difficulty would be felt as we still have a lot of transactions done with cash, especially those that are below the pyramid such as the market women and men who are petty traders, because this in essence means that once a bag of rice or flour is to be bought, which is above N20,000, it has to be via e-banking. Looking at it, how many of these people are technology-savvy?

“The CBN wants to achieve an agenda which is not exactly bad. However, a longer notice should have been given to those at the bottom of the pyramid.

“I believe that, eventually, the adoption would scale and people would have to get acquainted irrespective of the difficulty, embracing it in the long run.

“However, it is still very difficult because the technological infrastructure is still not there yet, and there are those who have had bad experiences with technology as well. The implication of this policy would slow down a lot and affect a lot of things, particularly those earning more than N20,000 daily,” Olojo argued.

A point-of-sale operator who spoke on the development, Christian Onyema said, the new CBN policy will negatively affect operators businesses.

“The economy will suffer and insecurity will rise too because some operators will definitely go out of jobs,” he noted.