Osun state Chapter of People’s Democratic Party (PDP) is gearing up to wrestle powers from the ruling All Progressive Congress (APC) with some strategic reconciliation moves that is bringing together the major opposing groups within party.

It would be recalled that soon after the erstwhile Chairman of the Party, Soji Adagunodo stepped aside on charges bordering on mismanagement of the party, the PDP SWC made up of all 13 Excos sprang into action to begin the process of rebuilding the party from the cracks of the November 2018 Governorship Elections.

The State Working Committee of the party was reportedly guided and supported by the major Elders and Stakeholders led by the Former Governor, Prince Olagunsoye Oyinlola, Prof Wale Ladipo, Chief Ebenezer Babatope amongst many others. The major mandate given the acting Chairman of the SWC and his team is to bring all major groups within the party together.

The party leaders have been actively revitalising the party structures at the grassroots level as well as reaching out to all the agreieved members that decamped with former Senator Omisore to SDP as well as APC. The efforts have been yielding results as the KOSEMANI group led by the former SDP Chairman and former Commissioner of Finance; Dr Faforiji rejoined the PDP with thousands of their members across the 30 LGAs in Osun.

Today again no fewer than 17 members of local government coordinators/field officers and Apex members of the campaign vessel of a former governorship aspirant under the umbrella of the Peoples Democratic Party (PDP) in Osun State, Dr Akin Ogunbiyi, tagged Idera De Movement have dumped the body and switched over to Imole De of Senator Ademola Adeleke within the same party.

The former Ogunbiyi’s field officers in a press conference in Osogbo today adduced various reasons for their resolve to pitch their tent with the Adeleke Dynasty and the new leadership of the PDP in the state.

The spokesman of the former disenchanted Ogunbiyi’s campaign field officers, Honourable Kingsley Awosiyan from Ife-Central Local Government Council Area of Osun State, alleged their former political principal of glaring flirtation with the ruling All Progressive Congress( APC) both in Osun and neigbbouring states.

The ex-Ogunbiyi campaign field officers said, the result of the totality of their assessment, evaluation and appraisal of the activities and disposition of their former principal to the PDP plight in the state was indicative of the fact that it would continue to have a negative effect on the fortune of the party either now or in the nearest future.

Awosiyan disclosed that having weighed all the prevailing options in the scheme of the running the party with a view to making a tangible impression in the day-to-day activities of the party, himself and his colleagues arrived at a conclusion to unequivocally go with Senator Ademola Adeleke.

They explained further through their spokesman that it should be on record and officially and informally acknowledged that they have all, from the moment of the press conference henceforth, ceased to be campaign field officers of Idera De Movement, the campaign organisation of Dr Akin Ogunbiyi.

The former aggrieved campaign field officers who reminded their former principal that they served him diligently and with absolute loyalty when it mattered in the political history of the state stated that they were surprised that they were being sidelined in recent activities in the movement.
They however, pledged to work conscientiously in their new political abode to ensure overall victory for the PDP in all future elections in the state.
They specifically acknowledged the positive intervention of the Adeleke Dynasty in order to improve the fortune of the PDP in the state. 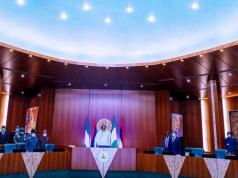 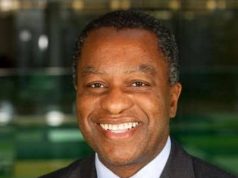