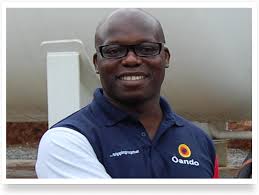 Oando Energy Resources’ abysmal performance for third quarter 2015 and end of year 2014 has brought to the fore the crisis in the country’s oil and gas sector.

The company in oil and gas exploration and production in Nigeria posted a loss of $13.1 million in the third quarter ended September 30, 2015 compared to net income of $89.5 million in the corresponding period of 2014.

Whereas, the company attributed its poor performance to the result of $121.2 million non-cash impairment of assets and the joint venture receivable impairment, partially offset by profitable operations of OMLs 60 to 63 and crude oil hedging gains, analysts fear that the development signposts deeper crisis in the oil sector .

According to the results of the company, production expenses in the third quarter of 2015 also increased to $56.1 million from $35.9 million.

“Upstream players have been forced to record significant reductions in the fair value of their asset portfolios. Oando is no exception to this global trend, which has led us to recognise about N76.9 billion of impairment charges in our exploration and production business. This impairment is as a result of lower oil prices leading to a reduced valuation of certain exploration and appraisal assets. “We prudently booked an additional N16.9 billion write down on under-lift receivables and Production Sharing Contract receivables in our exploration and production business, and our energy services business realised impairments of N37.1 billion, as the current oil price environment has brought about reduced drilling activity and in turn reduced day rates accruable to our rig assets, as well as a weaker market outlook,” Tinubu said.

He added that “the nature of the business makes us extremely vulnerable to foreign exchange risks as we import in dollar denomination and recover our costs in naira. The delay of payments of subsidies from the Federal Government has served to increase this vulnerability and led to a realisation of N7.3 billion in foreign exchange losses.”

“We have braced ourselves for this new world order of low prices, reduced investments, and industry shrinkage by implementing effective cost-cutting initiatives, disciplined capex investments towards maintaining production levels and growth through merger and acquisition deals  that create immediate and long term equity value for our shareholders,” Tinubu  also explained.

However, the seeming crisis in the oil and gas sector has exposed the soft underbelly of the banks which have over exposed themselves to it. There is deep concern that trouble is brewing in Nigeria’s financial sector as a result. Already about N5 trillion in loans granted to energy firms in the last two years, 2013 and 2014, is beginning to cause non-performing loans to rise again. Investors in Oando have lost 48 percent as its stock drops from N17.50 on January 5, 2015 to N9.00 percent on October 26, 2015.