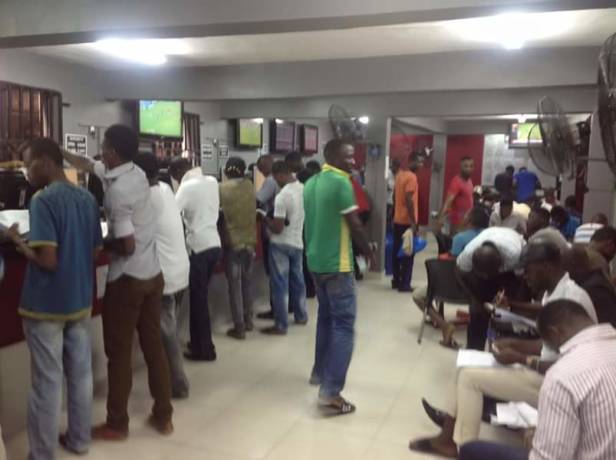 Nigerians have expressed outrage by the recent position of top public officers, who have flagrantly disregarded judicial decisions which had censured them for contempt.

Constitutional democracy functions better under the atmosphere of rule of law and obedience to and respect for court orders, but the impunity of top government officials in recent times has called to question the fidelity of the current administration to the rule of law.

This disregard for court orders is not new in the life of the current administration, but of recent this has assumed a life of its own.

The police is in the front rank of errant institutions, who savour the pleasure of total disregard for court orders.
Only last month the Federal High Court, Abuja  sentenced the Inspector-General of Police (IGP), Usman Baba, to three months in prison for disobeying a court order.

The  said order was followed by a suit marked FHC/ABJ/CS/637/2009 filed by a former police officer, Patrick Okoli, who claimed he was unlawfully and compulsorily retired from the Nigeria Police Force in June 1992.

Recall that a  Bauchi High Court on Saturday, February 19, 1994, delivered judgment in favour of Okoli and  rendered null and void the letter of compulsory retirement and ordered that the applicant be reinstated with all rights and privileges.

The Police Service Commission (PSC) in a letter dated Wednesday, October 13, 2004, directed the then-IGP to reinstate the applicant and issue a recommendation for promotion in accordance with the decision of the court.

Consequently, Okoli is requesting the court seeking an order of mandamus to compel the enforcement of the order of the Bauchi state high court and the directives of the PSC.

Justice M. O. Olajuwon  last month ruled that the IGP has disobeyed a court order made on October 21, 2011, and should, therefore, be detained in custody for a period of three months, or until Baba obeys the order.

The judge said; “It is unfortunate that the chief enforcer of the law is one, who has deliberately refused to comply with the same law. It is important to state that obedience to orders of the court is fundamental to the good order, peace and stability of a nation,”

“It is a duty which every citizen, who believes in peace and stability of the Nigerian state, owes the nation and the court has a duty to commit the individual, who has failed to carry out the order of the court for contempt, so as to prevent the authority and administration of law from being brought to disrespect and to protect the dignity of the court.”

The court also stated that if the IGP refuses to comply with the orders of the court at the end of the three months, he shall be committed for another period until he purges his contempt.

“The above-the-law mentality is the bane of those at the top of our security architecture, they see themselves as demi gods, and they have been getting away with it”, Professor Adeagbo Moritiwon, a political scientist told Business Hallmark. He said that the trend will continue as long as the security forces, who, mainly unelected, continue to share powers with elected officials.

His remark reflects the perspective of Dr. Ahmadu Abdulahi, an historian, who informed Business Hallmark that “how many ordinary police sergeants have been punished for extra judicial killings, not to talk of inspector general of police or the chief of army staff. Impunity runs deep in the system, and there is no way we can develop when a section of the population sees itself as being above the law”.

In December 1, 2022, a Federal High Court sitting in Minna, the Niger State Capital,  ordered that the Chief of Army Staff, General Farouk Yahaya, be arrested for contempt.

Justice Halima Abdulmalik, who issued the warrant and presided over the case, said the order followed notice brought before the court in pursuant of order forty two rule 10 of the Niger State High Court Civil Procedure 2018.

The judge ruled that the order is commuting Yahaya to be kept in Minna correctional custody for contentions of order of the court on October 12, 2022, adding that the COAS is to remain in custody till he has been “purged”of the contempt.

Also, the judge issued that the Commandant Training and Doctrine Command, Minna, Major General Olugbenga Olabanji, be arrested and imprisoned for a similar offense.

For several days three weeks ago, headlines of dailies were dominated by the arrest of one Mohammed, a student of Federal University Dutse for a his twitter post, where he criticized Aisha Buhari, wife of president Muhammadu  Buhari.

Uthman Barambu, president of the National Association of Nigerian Students, stated, “The leadership of NANS received with concern the news of the unlawful arrest of Mohammed by the Nigeria Police on the instruction of Aisha Buhari. Upon receiving the news, I, Mohammed’s family, and friends swung into action to trace the whereabouts of Mohammed. After some days of searching, we got the information that he was at the police unit in Wuse Zone 2. I met with Mohammed at the police custody.

“It was alleged that Mohammed some weeks back posted Aisha Buhari’s picture on Twitter with the caption, “Su mama anchi kudin talakawa an koshi” (translated from Hausa to ‘the mother has gotten fatter by eating masses’ money’).

“Just like the normal way angry citizens have different ways of expression on social media. On November 18, 2022, the police from Abuja tracked Mohammed to the Federal University Dutse and picked him up without any written/verbal invitation or informing the school management or his family,” Barambu narrated.

The NANS President said Mohammed was taken straight to the Presidential Villa, where he was allegedly beaten by the police “ after which he was unlawfully detained at a police facility at Wuse Zone II till date. I, alongside our team of lawyers, met with Mohammed at the police facility where he confirmed the incident to me. Until now, Mohammed has not been arraigned by any competent court of law or granted bail by the police.”

“We want to, on behalf of all the Nigerian students, tender our unreserved apology to the First Lady Aisha Buhari, for the action of Mohammed, which might have caused her and her family pains. However, as leaders and public office holders, we must overlook some criticisms if we want to really forge ahead and do the right thing,” Barambu said.

“We demand a detailed explanation by the Nigeria Police on why they will go to the school premises and ‘kidnap’ a student without due process and took him straight to the Presidential Villa where he was brutalised, which violates his fundamental human rights,” the statement said.

Dr. Hassan Jameel, a political scientist at Kogi State University told this medium that “Detaining a person without trial is unlawful, and the action of the First Lady constitutes an abuse of power. It was only when the whole social and mainstream media went wild in condemning the action that the First Lady instructed the police to let the young man go.

“This is impunity and abuse. I recall the former First Lady Patience Jonathan was made fun of for her poor English, criticized repeatedly and widely ridiculed, yet she did not order any of the security forces to arrest her traducers.”

In November Justice Chizoba Oji of a High Court of the Federal Capital Territory (FCT), in Maitama also ordered the remand of the Chairman of the Economic and Financial Crimes Commission (EFCC), Abdulrasheed Bawa, at the Kuje Correctional Centre, Abuja following the disobedience of an earlier order of the court directed at the commission.

Delivering a ruling in an application brought by Air Vice Marshall (AVM) Rufus Ojuawo, Justice Oji held that the “Chairman Economic and Financial Crimes Commission is in contempt of the orders of this court made on November 21, 2018 directing the Economic and Financial Crimes Commission, Abuja to return to the applicant his Range Rover (Super charge) and the sum of N40,000,000.00 (forty million Naira)”.

In the ruling delivered on October 28, 2022, the court stated that the EFCC’s boss “should be committed to prison at Kuje Correctional Centre for his disobedience and continued disobedience of the said order of court made on November 21st, 2018, until he purges himself of the contempt”.

A Certified True Copy (CTC) of the judgment dated November 3, 2022  gleaned by this medium  noted that the Inspector General of Police (IG) has been directed to “ensure that the order of this honourable court is executed forthwith”.

Ojuawo, a one-time Director of Operations at the Nigerian Air Force (NAF), had in a motion on notice marked: FCT/HC/M/52/2021, complained that the anti-graft agency was yet to comply with the November 21, 2018, judgment, which had ordered the commission to release his seized property.

The judgment was in relation to the suit marked: FCT/HC/CR/184/2016.
Ojuawo was in 2016 arraigned on a two-count charge before Justice Muawiyah Idris of the High Court of the FCT in Nyanya, Abuja.

The EFCC had accused him of corruptly receiving gratification to the tune of N40 million and a Range Rover Sport (Supercharged) valued at N29,250,000 from one Hima Aboubakar of Societe D’Equipment Internationaux Nigeria Limited.

However, Justice Idris in his judgment delivered on November 21, 2018, discharged and acquitted the defendant on the grounds that the prosecution failed to prove its case.

According to Idris, for the charge to succeed, the prosecution must prove that the defendant corruptly accepted the gift; that he accepted or obtained the gift for himself or for any other person.

The judge added that the prosecution also ought to prove that the defendant accepted the gift in the course of, or for discharging his official duty, and that the gift was an inducement or reward.

He held that the burden was on the prosecution to prove all ingredients of the charge preferred against the defendant beyond reasonable doubt as required under Section 131(1) of the Evidence Act, 2011.

“In conclusion, I hold that the prosecution has failed to prove the two-count charge of corrupt gratification under S17(1)(a) and (c) of the Corrupt Practices and Other Related Offences Act, 2000.

“The defendant is discharged and acquitted on counts one and two of the charge.

“Consequently, the complainant (EFCC) is ordered to refund the defendant his N40m wrongly paid into ONSA recovery account and to return to the defendant his Range Rover Sport (Supercharged) forthwith,” Justice Idris said.

However, following the refusal to comply with the judgment, Ojuawo, in the motion on notice filed by his lawyer, R.N. Ojabo, urged the court to commit the Chairman or Acting Chairman of the EFCC to prison for disobeying the order of the court made in 2018 in respect of the seized properties.

Although the EFCC through its lawyer, Francis Jirbo, had filed a counter affidavit in opposition to the request for committal to prison, its submission was rejected by the court and the judge subsequently granted the request for the arrest and imprisonment of the EFCC’s boss for contempt of court.

Unless those who feel they are above the law are compelled to respect same , many analysts spoken to say our democracy may be in peril.