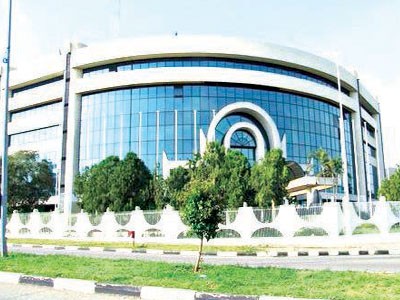 Nigeria has paid over 1,177 billion dollars to the Economic Community of West African States (ECOWAS) as its Community Levy contribution in the past 16-years.

According to documents from a presentation by the ECOWAS Commission to Parliament at Plenary during its Virtual Second Extraordinary Session, Nigeria paid 853,310,564 UA (West Africa Unit of Account) for the period under review.

The West African Unit of Account (WAUA) is the authorised currency used in ECOWAS. The exchange rate for July obtained from ECOWAS shows that one Unit of Account equals 1.3799633 dollars.

Nigeria’s payment represents 40.42 per cent of the total payment of 2,913,088,908 dollars payment made by all the 15 member states, and is higher than payments made by 12 other countries put together except Ghana and Cote d’Ivoire.

Ghana’s payment represents 17.45 per cent of the total sum, Cote d’Ivoire 11.9 per cent, while the cumulative payment by the other 12 countries represents 30.1 per cent.

Within the period under review, Guinea Bissau paid the lowest amount of 6, 204 million dollars, representing 0.2 per cent of total community levy proceeds in the 16 years under review.

The News Agency of Nigeria (NAN) reports that the Community levy was adopted in 1996 by the Authority of Heads of State as the major funding for ECOWAS after the initial contribution regime seemed ineffective.

However, the Community Levy Protocol took effect in 2003 when all member states started its application.

The protocol stipulates that the taxable base shall be all goods originating from third countries (non-ECOWAS countries) imported into the community.

Also in the presentation to Parliament, there were certain exemptions to the tax on imported goods. These included aids and grants to support development projects and goods imported under a financial agreement with foreign partners.

Based on the assessment, if all countries had paid in full, the sub-regional body would have gotten more than 3,710 billion dollars as against the 2,913 billion dollars paid, leaving a deficit of 797,215 million dollars.

Based on this assessment, Nigeria had paid 64 per cent of its payments, leaving an outstanding of 36 per cent.

Going by the above, if all countries had paid their complete levy, Nigeria alone would have paid more than 1,842 billion dollars, representing 49.64 per cent of the total Community Levy accruable to ECOWAS. (NNAN)

NNPC to take legal action against Mexican firm over $125 million...