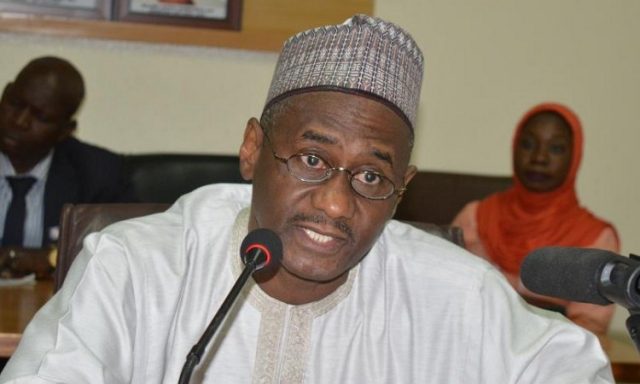 President Muhammadu Buhari has sacked the Executive Secretary of the National Health Insurance Scheme, Prof Usman Yusuf and Nigerians have been reacting.
A panel set up by the Secretary to the Government of the Federation last December recommended Yusuf for dismissal for alleged fraud and other misdemeanors.
The new Execcutive Secretary of NHIS, Prof. Mohammed Nasir Sambo, received his appointment letter today from the Permanent Secretary of Health, Mr. Abdulaziz Mashi Abdullahi.
Reactions have trailed the dismissal of Yusuf on social media. A twitter user who simply goes by the name Solomon was disappointed. He believed that Yusuf was doing a good job and that he should ot have been fired. He wrote: “This man was fighting to cleanse NHIS for Nigerians but Nigerians joined the NHIS cabal to fight him. It reminds me of the foolishness of Nigerians fighting Jonathan on behalf of the fuel subsidy cabal for retention of fuel subsidy in 2012.”
Nafiu T, was a bit skeptical about it. To him, the man would “walk out of the county a free man.” He said, “Former NHIS boss has been sacked, 10 months later. He was accused of gross abuse of office and fraud no ICPC or EFFC has gone after him or has expressed willingness to go after him likely outcome is he may walk out of the country a free man.”

More
Abdulazeez Badaru another social commentator on Twitter wrote “One day, when the story of NHIS is told, Nigerians will realize jusy how heartless Nigerians are (both public and private sector).

More
“Prof has been trying to stop the sleaze since his first day at work. He was brought back from the USA to stop the sleaze. Whoever wants to fight corruption in this country would have a lot of things to contend with.”
In a similar vien Farouk Dauda tweeted “On this issue of the NHIS, the sacking of Prof Yusuf can really not be justified. The presidency is only sending the signal that if you truly insist on doing the right thing as a public office holder, then you will be fired. Unless he has been fired to be appointed as Minister of health.”