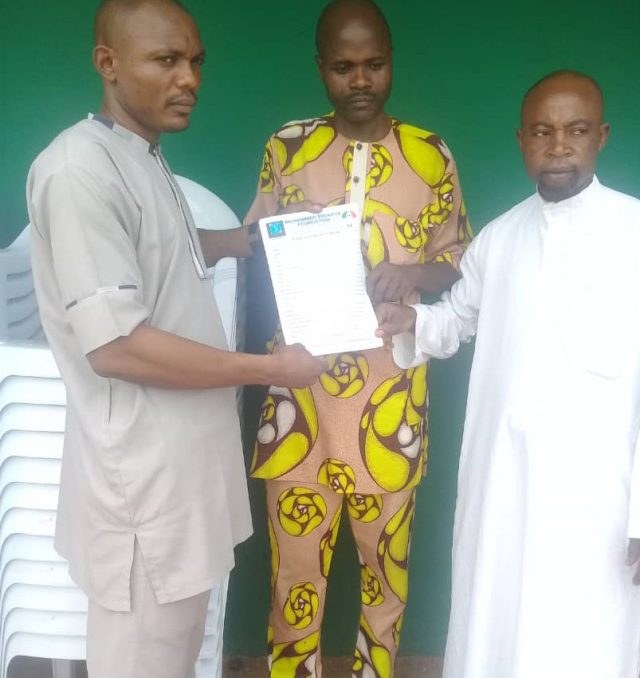 This is according to a Statement by the Organization’s Coordinator, Sesan Adeleke, which was made available to newsmen in Osogbo, Osun State Capital on Monday.

The statement noted that there was need of the downtrodden in the society to be financially empowered, hence the intervention of MSF to advance the course of humanity.

According to the statement, each of the four categories of empowerment scheme will select ten beneficiaries in each of the four Local Governments in the Federal Constituency, bringing the total number to forty persons in the first batch.

It further stated that each beneficiary is to have a guarantor who must be recognized by leaders of the Peoples Democratic Party (PDP) and people of the Osogbo Federal Constituency, for easy accessibility and supervision.

According to the statement, each of the empowerment scheme is in the duration of six months.

“The first batch of the MSF empowerment scheme will allow participants to undergo training in their chosen category and be empowered to stand independently after the period of six-month apprenticeship”, the statement read in part.

It further stated that the organization also distributed dozens of plastic chairs to the leadership of PDP in all the four cuncils.

“In the same vein, MSF also uses the opportunity to distribute Plastic Chairs to each of the Osogbo, Olorunda, Orolu and Irepodun Local Governments for the progress of PDP in the Federal Constituency,” it added.

Some of the Local Government PDP Chairmen who received the items on behalf of the masses thanked the management of MSF and its Chairman, Honourable Muhammed Shokeye for his unusual foresight and magnanimity.

The party Chairmen and their Executives thereafter promised to do the needful concerning the empowerment forms and other giant strides of MSF in Osogbo Federal Constituency.