While some lawyers have argued that the decision was not only backed by the constitution, but also necessary to sanitize the electoral system, others insist it is illegal and unjustifiable.

Speaking on the development, Mr. Collins Okeke, a Lagos based lawyer argued that the last electoral act amendment empowered the electoral body to de register political parties that don’t meet certain thresholds and therefore, the controversy over the decision is unnecessary.

“The constitution gives them (INEC) the power, so they can do that. The last constitutional amendment that was done by the national assembly empowers INEC to de-register political parties that don’t meet a certain threshold. And I think most of those parties did not meet the threshold,” he said.

“The argument has always been that it violates the right to freedom of association. Gani Fawehinmi was the first person who filed a case in court to challenge INEC and he won. Subsequently, other political parties have gone to court.

“What the national assembly has done to assist INEC is to now pass a law that says that for a political party to qualify to participate in the national election, it must mee certain thresholds which are clearly set out.”

However, constitutional lawyer, Chief Mike Ozekhome, SAN, argued that the electoral body’s decision is wrong because it goes contrary to the judgment of a court.

“INEC does not have powers to deregister a political party just like that, rather what INEC should do is to strive towards amendment of the electoral sct to say parties should exist and that to cross over to the next electoral period they must win such a number of seats either at the state House of Assembly or at the national level and that any party that does not meet that benchmark will automatically be deregistered”, he said.

“It is illegal and it is unconstitutional so the political parties can go to court and get back. Until the electoral act is amended providing for certain cut off bench mark that political parties must meet or else they get deregistered, until that is done INEC has no power to do what it has done.”

Meanwhile, the Inter-Party Advisory Committee (IPAC), the umbrella body of registered political parties in the country has opposed the INEC decision.

Speaking on behalf of the group, its national treasurer and chairman of de registered Abundant Nigeria Renewal Party (ANRP), Mr. Tope Fasua, accused INEC bias.
The decision, according to him, reflected the usual act of impunity by the administration run by the All Progressives Congress (APC).

“We are investing in this country; INEC is promoting parties that have only taken from this country. A government that can move against a Chief Justice of Nigeria, the head of the third arm of government in such a manner can ride on any other citizen,” Fausa said.

Also opposing the move, the Association of New Nigeria (ANN) said INEC has never ensured a level-playing field for political parties to contest in a free and fair election.

ANN national chairman, Mr. Emmanuel Dania who spoke on behalf of the group said elections conducted by INEC were a sham, adding that the parties that were deregistered never had an opportunity for a good assessment by the Nigerian electorate. He said IPAC was considering seeking redress in court.

INEC chairman, Professor Mahmood Yakubu had on Thursday at a press conference in Abuja, relying on the powers conferred on the electoral body by the constitution and the electoral act, announced the deregistration of 74 out of the 92 registered political parties in the country.

Giving justification for his decision, Mahmood said that the 1999 Constitution of the Federal Republic of Nigeria (as amended) under the Fourth Alterations vests in INEC the power to register and regulate the activities of political parties on the following grounds: “Breach of any of the requirements for registration as a political party; Failure to win at least 25 per cent of the votes cast in one state of the Federation in a presidential election; or 25 per cent of the votes cast in one local government area of a state in a governorship election; failure to win at least one ward in a chairmanship election; failure to win one seat in the national or state assembly election or one seat in a councillorship election.”

Yakubu disclosed that prior to the Fourth Alteration, the Electoral Act 2010 (as amended), the Constitution had provided for the deregistration of political parties, stressing that based on this provision, the commission, between 2011 and 2013, deregistered 39 political parties.

However, he said several of the parties challenged the power of INEC to deregister them, particularly on the ground that the Electoral Act is inferior to the Constitution and that deregistration infringed their fundamental rights under the same Constitution.

Subsequently, he said, the courts ordered the Commission to reinstate the parties. This, he said, was for this reason that the National Assembly amended the Constitution to empower the commission to deregister political parties on the stated grounds.

The INEC chairman added that in order to implement the provision of the Fourth Alteration to the Constitution, the commission carried out an assessment of political parties to determine compliance with the requirements for their registration.

“Similarly, following the conclusion of the 2019 general election, including court-ordered re-run elections arising from litigations, the commission was able to determine the performance of political parties in the elections. In addition, they were also assessed on the basis of their performance in the Area Council elections in the Federal Capital Territory (FCT), which coincided with the 2019 general election. It should be noted that the FCT is the only part of the country where INEC is empowered by the Constitution to conduct local government elections.

He said it was based on these assessments that the commission concluded that only 18 political parties have fulfilled the requirements for existence based on Section 225A of the 1999 Constitution (as amended).

Mahmood has also used the conference to fixed September 19 and October 10 for the governorship elections in Edo and Ondo States, respectively.

He said that the timetable and schedule of Activities for the two elections will be published on the website and social media platforms soon.

According to him, the tenure of the governors of Edo and Ondo States will end on November 12, 2020 and February 24, 2021 respectively, adding that pursuant to the provisions of Section 178(2) of the 1999 Constitution and Section 25(8) of the Electoral Act 2010, elections cannot hold earlier than 150 days and not later than 30 days before the expiration of the term of office of an incumbent governor.

He said that the commission would conduct by-elections in three constituencies as a result of the deaths of some serving members of national and state assemblies.

He added that the detailed timetable and schedule of activities will be published on INEC website and social media platforms soon.

He also warned on the resolve of the commission to stand firm against acts capable of disrupting the elections.

“As we are all aware, election is a process. However, the process does not begin and end with election day activities,” he said.

“The conduct of party primaries, nomination of candidates, electioneering campaigns and the submission of the list of polling agents are also essential to the electoral process. Above all, good behaviour by all officials and actors involved is crucial for success.

“I wish to remind all parties and candidates that violence during party primaries and electioneering campaigns, the snatching of election materials or the deployment of thugs against INEC officials, observers, the media and unarmed security personnel at polling units are acts punishable under our electoral laws.” 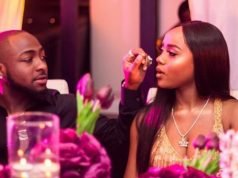