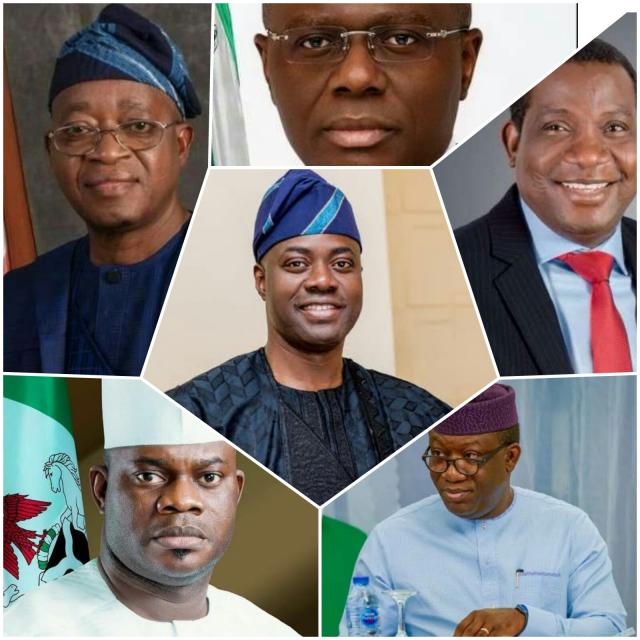 Lagos, Nigeria’s economic capital, as well as Osun, Oyo, Kogi among other states may have become technically insolvent as the latest state of the states report by BudgIT indicate they failed fiscal sustainability test.

BudgIT, a public sector-focused financial information house, said in the report that the states’ revenues could not fund their recurrent expenditure obligations together with their loan repayment schedules due in 2019.

The report, which is the 2020 edition of BudgIT’s annual state of states report titled, “Fiscal Sustainability and Epidemic Preparedness Financing at the State Level”, noted that Rivers State ranked first on the 2020 States’ Fiscal Sustainability Index, followed by Anambra and Ogun states.

According to the report, among the states that are not fiscally sustainable, Lagos, Osun, Oyo, Kogi, Ekiti and Plateau states occupy the worst positions.

“From our 2020 State of States analysis, 13 states were unable to fund their recurrent expenditure obligations together with their loan repayment schedules due in 2019 with their respective total revenues,” the report said.

“The worst hit of these 13 states are – Lagos, Oyo, Kogi, Osunand Ekiti states while the other states on this pendulum are Plateau, Adamawa, Bauchi, Gombe, Cross River, Benue, Tarabaand Abia.

“Furthermore, of the remaining 23 states that can meet recurrent expenditure and loan repayment schedules with their total revenue, eight of those states had really low (less than N6 billion) excess revenue, that they had to borrow heavily to fund their capital projects.

“Based on their fiscal analysis, only five states – Rivers, Kaduna, Akwa Ibom, Ebonyi and Kebbi states – prioritised capital expenditure over recurrent obligations, while 31 states prioritised recurrent expenditure according to their 2019 financial statements.”

To achieve fiscal sustainability, Damilola Ogundipe, BudgIT’sCommunications Lead, said: “States need to grow their Internally Generated Revenue, IGR, as options for borrowing are reduced due to debt ceilings put in place by the Federal Government to prevent states from slipping into debt crisis. There has to be a shift from the culture of states’ overdependence on Federation Account Allocation Commission, FAAC.”

Commenting, BudgIT’s Principal Lead, Gabriel Okeowo, noted that though some states have seen some improvement in their IGR between 2014 and 2019, there is still a need to put systems in place for aggressive IGR growth within the sub-national economies.

He added that this more so as falling crude oil prices, OPEC production cuts and other COVID-19 induced headwinds are set to impact Federal Allocations over the next two years