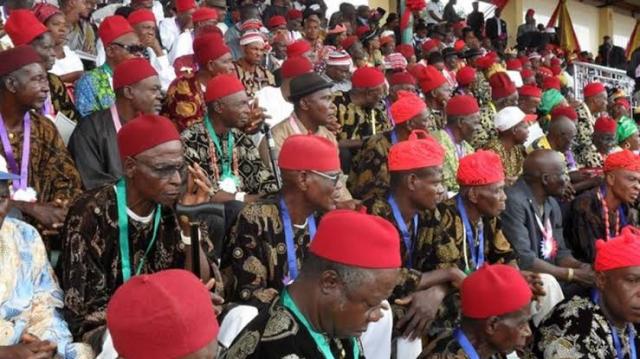 I was amazed, but not completely surprised that a certain dubious compilation of what is supposed to be a representation of the number of people employed in the federal civil service from each state of the federation is trending again.

I had first come across the compilation in 2017 or 2018 when it forwarded to me via WhatsApp, and reading through it and finding it to be nothing more than pure garbage concocted to by apparently dubious minds to undermine the Igbo, I was taken aback because it had been forwarded to me by a respected Lagos based real estate investor who I got acquainted with in the course of my journalism work. I wondered how he could have read through the garbage and thought it good enough to share with me.

The compilation, which is a poor attempt to dismiss the Igbo cry of marginalisation by the Muhammadu Buhari government, said the Southeast geopolitical zone has a population of 16.4 million, and with 16,540 individuals as federal civil servants. This, the compilers, argued, was higher, percentage wise, than other geopolitical zones, and therefore, that the Southeast is not marginalized.

I remember that when I first saw the compilation, the deliberate attempt to reduce the population of the Southeast relative to other zones struck me. Of course, I’m aware that the Southeast is a zone and even its population cannot be said to be the population of the Igbo who are scattered all over the country and beyond. But I’m also aware that in the context of the Nigerian politics, the Southeast is almost interchangeable with the Igbo. And obviously, the compilers of the evidently false list know exactly what they are doing in that regard – to as much as possible, push a narrative that the Igbo are less in number than their peers – an agenda that has been pursued actively since the civil war ended in 1970.

This is even more so, given that people of Southeast origin who reside outside the zone, and indeed Nigerians who live outside their states or zones, cannot represent their states of residence, as state of origin is always the criteria for any appointment into the federal civil service. Therefore, assuming that the compilation is even factual – which it isn’t -those who compiled it must have had no qualms including the substantial Igbo population in other respective zones as part of their overall population figures, but at the same time, forget that the same Igbo cannot represent such zones or states in the civil service. Note that in every state of the federation outside the Southeast, the Igbo are the second largest group after the indigenous population.

Of course, even the millions of Igbo who live in Lagos or elsewhere in the country, have to carry the tag of Southeast, and I remember asking the real estate investor who sent me the compilation whether the 16 million population attributed to the Southeast in it represents only those who live in Lagos, a question he ignored, perhaps realizing the folly of it all.

Understandably, the mischievous compilers had gone back to 2006 to lift the figures contained in the heavily disputed census figures of that year; figures for which former Chairman of National Population Commission, Eze Festus Odimegwu was bullied out of office by the North, particularly former Kano State governor, Rabiu Musa Kwankwaso for pointing out that they were false. Regardless, when it comes to pushing narratives against certain people, black is conveniently accepted as white, and yellow as purple.

The new version of the list currently circulating has a certain individual named Tunde Oduwole as its author, and was said to have been copied from Ikoyi Club 1938 Forum. Ikoyi club is of course, a club made up of the elite of the elite in Lagos State, individuals who should be above board. But in Nigeria, no-one is really above board when it comes to petty issues of ethnicity and religion. It’s a country where verifiable falsehood is accepted as gospel by even the very educated, if such falsehood is sold to undermine a different ethnic group.

The figures, particularly as it relates to the state by state breakdown of the number of people employed in the civil service, interestingly, was attributed to Dr. Joe Abah who was appointed Director General of Bureau of Public Service Reforms in 2013 by President Goodluck Jonathan. Meaning that even if it were factual, they are using a Jonathan era compilation to address issues of marginalisation under Buhari.

It is beyond befuddling that someone could sit down and compile such mischievous list, and pass it off an an answer to Southeast marginalisation, or the reason the zone is not marginalised. Evidently, in the minds of the ignorant compilers, namely Tunde Oduwole, a cleaner in the Federal Ministry of Finance ranks same as the Permanent Secretary or the minister himself.

While almost all key positions in government, from the security architecture to revenue generating agencies and sundry others, are taken up by Buhari’s North, for Tunde Oduwole, that’s not a problem, his problem is that Southeast people are complaining about being marginalized. And he has to share or cook up irrelevant figures to solve his problem.

To be clear, everyone who is barely aware of what’s happening in the country must be familiar with the ongoing, rapid northernisation of federal agencies and parastatals. But to blur the logic, especially now that questions are being raised about lopsided appointments in NNPC and a number of other parastatals, some apparently paid BMC agents like Oduwole, have to dig up irrelevant figures to target the Southeast, knowing full well that it would sell. Of course, in Nigeria, the easiest way to make people forget about their own headaches is to tell them there is migraine in the Southeast.

As it stands at the moment, Buhari’s Northwest holds over 50 percent of 50 most strategic positions in government. Followed, of course by the Northeast. And between them, the two zones share well over 80 percent, in a country of six geopolitical zones.

Being head of these key agencies, ministries and parastatals comes, of course, with relations, friends and cronies being given plumb jobs in them. And it’s not surprising that allegations of lopsidedness in NNPC, NIMASA, etc have become rife. But for a certain Tunde Oduwole, a contestable list of civil servants comprising of clerks, cleaners and so on, is the answer to these allegations. 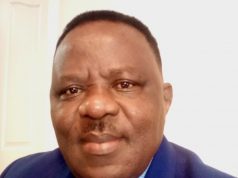 Ndigbo: Before Restructure, Beyond Biafra, By SKC Ogbonnia