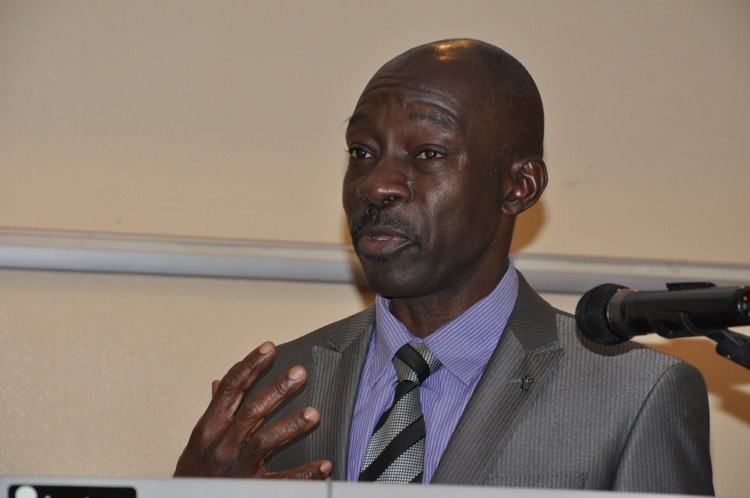 The Auditor General of the Federation (AuGF), Samuel Ukura, has blamed the inability of his office to publish the report of the forensic audit on the Nigerian National Petroleum Corporation (NNPC) over the missing $20 billion oil fund on presidential interest.

He said the the Goodluck Jonathan presidency had far more special interest in the matter than his own office and the auditors.

Several months after PriceWaterhouseCoopers Limited completed investigations into the allegation of unremitted oil revenues, the report was not released to the public despite demands by Nigerians.

On Sunday, April 27, President-elect, Muhammadu Buhari, had threatened that his administration would probe the allegations on assumption of office if the report was not made public.

Presidential spokesperson, Reuben Abati, said the decision to release of the full report was to demonstrate that the present administration had nothing to hide over the matter.

But the AuGF blamed the long delay by his office in releasing the full audit report on the Presidency.

In response to his questions on why he denied past requests for the document, Ukura said he was not in a position to release the report because the presidency had “great interest” in the information contained therein.

“After a careful review of the information, it is my considered opinion that the Presidency has a great interest in the information,” the auditor general, said through his representative, Uche Okafor-Agbi.

Although the Constitution does not provide for the AuGF to submit audit reports to any arm of the executive, but to the National Assembly, Ukura, on February 5, presented highlights of the report, on the orders of the president.

Apparently deferring to the presidency, he failed to forward the report to the National Assembly as demanded by the Constitution.

The highlights had indicted the management of NNPC, demanding the refund of $1.48 billion by the Nigerian Petroleum Development Company, NNPC upstream subsidiary, for various unreconciled transactions.