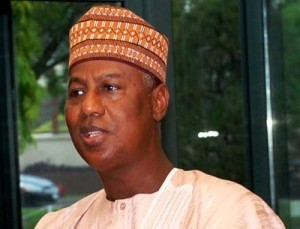 Members of the Kebbi State House of Assembly on Wednesday served an impeachment notice to the state governor, Saidu Usman Dakingari, who is expected to complete his tenure next month.

The lawmakers rose from their emergency meeting on Tuesday night and constituted an impeachment committee which drafted a six- count charge against the governor.

The impeachment notice which was signed by the lawmakers and made available to journalists stated that the governor violated provision of Section 5(1) (a) of the Kebbi State Budget Monitoring and Price Intelligence Bureau Law 2008, which required the Chairman of the Bureau to be a retired Civil Servant.

The notice reads: “But you appointed one Barrister Aminu Usman as Chairman of the Bureau, when was the Permanent Secretary/Solicitor General of the State Ministry of Justice.  With this move, you have committed a gross misconduct.”

“You Usman Nasamu Dakingari obtained a loan facility to the tune of N2billion from Micro, Small and Medium Enterprises Support Fund set up by the Central Bank without obtaining necessary confirmation from the Kebbi State House of Assembly.”

“You also violated section 7 of the Constitution of the Federal Republic of Nigeria 1999(as amended) which enjoys you to ensure the existence of democratically elected Local Government Councils, but you continue to work with unelected local councils in the State.”

“Between the period of January and April 2015, you misappropriated the sum of N1, 800,862,872.00K from the Kebbi State Government funds in the name of general election 2015 and there is no provision for that expenditure in the Appropriation Law 2015.”