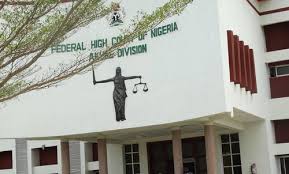 Justice Mohammend Liman of the Federal High Court in Benin City, yesterday deferred till today the  sentencing of Micheal Igbinedion and other persons convicted in the N25billion money laundering case instituted them by the Economic and Financial Crimes Commission (EFCC).

Micheal is a younger brother to Chief Lucky Igbinedion who ruled Edo State from 1999 to 2007.

He served as a Personal Assistant on Special Duties to his brother.

Micheal and others including Patrick Eboigbodin, a former Accountant-General of the state and their four companies – Gava Corporation Limited, Romrig Nigeria Limited, PMI Securities Company Limited and PML (Nigeria) Limited were arraigned on an 81- count charge bordering on money laundering, misappropriation of funds, conspiracy and abuse of office.

In a judgment that was read for over three hours, Justice Liman convicted Micheal on count 79, 80 and 81 which bothered on collecting cash payment above N500,000.