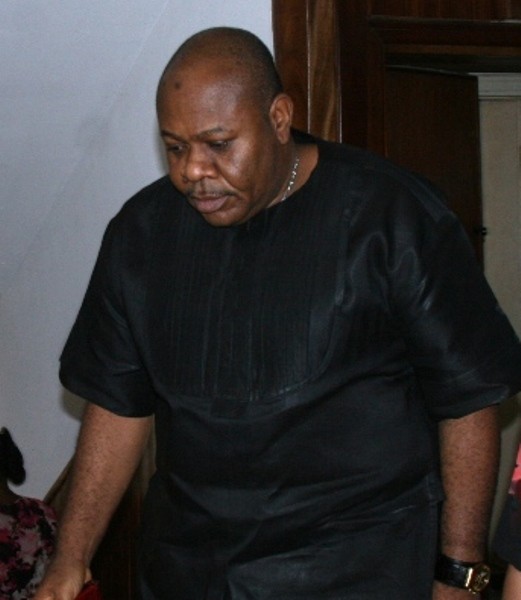 A former Chief of Army Staff,  retired General Ishaya Bamaiyi,  has  narrated   before  a Lagos High Court, Ikeja how a court registrar, Ms. Rosulu Idowu Oluronke, assisted a Lagos socialite, Fred Ajudua, to defraud him of $330,000 which was supposed to be part of the payment for professional fees charged by Chief Afe Babalola (SAN) to handle his case.

Bamaiyi in his testimony before Justice Lateef Lawal -Akapo, Bamaiyi  said that he met Ajudua and Alumile Adedeji a.k.a. Ade Bendel at Kirikiri Maximum prison, during his remand for an alleged murder attempt on the publisher of The Guardian, Mr. Alex Ibru and two others.

Justice Joseph Oyewole, had in a judgment held that Bamaiyi, who had been standing trial since 1999 on a four-count charge bordering on conspiracy and attempted murder of Ibru, ex-Director of Sports in Delta State, Isaac Porbeni, and erstwhile presidential candidate in the year’s election, Prof. Pat Utomi, should be freed, since the prosecution could not prove beyond reasonable doubt that he was liable to the offence.

Bamaiyi who was being led in-evidence by the prosecutor, Mr. Seidu Alteh, Bamaiyi further told Justice Lawal-Akapo that Rosulu (defendant), who was Justice Oyewole’s registrar, visited him three times at Kirikiri maximum prison in respect of the payment for Chief Babalola’s professional fees.

“On November 23, 1999, I was in cell 5 (first floor) at Kirikiri maximum prison. Later Ajudua and Ade Bendel were brought in at the block. I and Ajudua were together in my cell, so we became friends. Ajudua told me that he is a lawyer and has studied my case, and found out it is purely a political one. Ajudua told me that he was interested in the case and has sent his wife to see the Lagos Chief Judge (CJ), Justice Ade Alabi (retired) and the state Attorney General (AG), Professor Yemi Osinbajo, over the matter. I was told that the CJ was the one in contact with Chief Babalola,” Bamaiyi stated.

Bamaiyi said that Ajudua later told him that based on the advice of the CJ and AG, (Justice Alabi and Prof. Osinbajo) the case would better be handled by Chief Babalola who would facilitate his release from prison custody.

He said: “I was told that Chief Babalola charge $18million as professional fees. I was then told that the money was to be paid through Justice Oyewole. Ajudua told me that Justice Oyewole was going to send his registrar (Rosulu).

“On October 23, 2004 (1st visit) the defendant, Rosulu, came with Ajudua at the prison and confirmed to me that she was sent by Justice Oyewole. She came with Ajudua to the visiting room, alongside a prison officer, ACP Abdullahi Garuba.

“On November 6, 2004 at 10am, (2nd visit) the defendant, Rosulu, came with Ajudua at the prison, alongside ACP Garuba. This time she came with her daughter whom she said was from the University. The defendant assured me that any money released through Justice Oyewole would get to Chief Babalola.

“Before the defendant’s 3rd visit on November 20, 2004, a friend of mine had arranged $330,000 for me. The money was brought in a ‘Ghana-Must-Go’ to the prison. I showed Ajudua the money and he said he will one Jonathan (Ajudua’s boy) to accompany us in counting the money. The money was counted in the presence of the defendant (Rosulu) the prison officer (ACP Garuba).”

He said that after counting the money, Rosulu carried the bag and Ajudua saw them off to the gate.

“That evening, Ajudua told me that the defendant (Rosulu) called and confirmed delivering the said money to Justice Oyewole and same had been taken to Chief Babalola. I have never met her again until December 19, 2013 at the Lagos office of the Economic and Financial Crimes Commission (EFCC). Not hearing from Chief Babalola after a while, then Ajudua had travelled to India, I suspected that something was wrong.

“I called Ajudua’s line in India to tell him that Justice Oyewole said he never received any money and Chief Babalola did not handle my case. Ajudua asked me how I got Justice Oyewole’s number and since then he stopped receiving call on that line,” Bamaiyi asserted.

While being cross-examined by the defence counsel, Mr. Bamidele Ogundele, the retired army general said that the defendant (Rosulu) never introduced herself to him as an officer or staff in the office of Chief Babalola.

He maintained that the defendant did not sign any document and could not have signed any document on receiving the $330,000 as part payment for Chief Babalola’s professional fees.

According to court records, between November 2004 and June 2005, Ajudua sent $330,000 through Rosulu and others. Ajudua was at the Kirikiri maximum-security prison during the period.

According to the EFCC ,that Ajudua was able to defraud Bamaiyi by claiming to have close ties with Justice Oyewole, before whom Bamaiyi was standing trial. 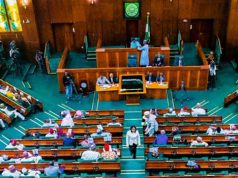