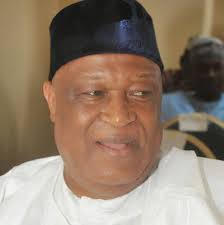 Chairman, Senate Committee on National Planning, Senator Barnabas Gemade, on Tuesday threw his weight behind the bid of Senator George Akume to become the next Senate President.

Gemade, who represents Benue North East Senatorial District, described Akume as not only the highest ranking Senator from the North Central geo-political zone but very suitable to assume the position of Senate President when the eight National Assembly is inaugurated.

He noted in a statement that the clarification became necessary following mischievous and unfounded rumour making the rounds in parts of Benue State that he is against Akume’s candidature for the position.

He described the insinuation as “baseless and absolute falsehood and should be disregarded in its entirety.”

He said that some people who lost election were sowing seeds of discord in the All Progressives Congress (APC) by peddling unfounded rumour.

“My attention has been drawn to the mischievous and unfounded rumour on cyberspace and some newspapers circulating within Benue State that I am not in support of Senator George Akume’s candidature for the office of Senate President.

“This is no doubt the handwork of our political opponents who suffered defeat at the just concluded elections and can’t seem to get over it, that are now bent on sowing seed of discord in our party.

“For the avoidance of doubt, I hereby reiterate that if our party, the APC zones the office of the Senate Presidency of the 8th National Assembly to the North Central zone, Senator George Akume who is the highest ranking Senator in the zone should be its choice.

“Let it be known therefore that as a loyal member of our party I am in complete agreement with the decision of the party and will abide by it.”