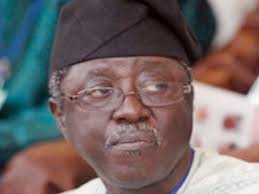 The Hausa-Fulani group, Jasawa Elders Foundation, in Plateau state, have said that they have made plans to take Governor Jang to the International Criminal Court for genocide. This was disclosed by the leader of the group, Alhaji Danladi Pasali, who addressed newsmen on the victory of governor-elect, Simon Lalong. Alhaji Danladi said a lot of illegal activities were carried out under the administration of Governor Jang. He said, “Governor Jang should prepare to face the ICC, because his government caused bloodshed in our community.

Governor Jang has many questions to answer pertaining the killing of innocent persons during the 2008 local government election. “Thousands of our people were killed and nothing was done about it. We instituted a case and they sent investigators. We are planning to continue the struggle and ensure that justice is done in the matter.” “The era of tyranny in Plateau is over and people of the state are happy. Plateau people have emancipated themselves from mis-rule and divisive government run by Governor Jonah Jang.

The people expressed their grievance through the ballot box. We have over 50 different ethnic groups, but Governor Jang singled out his own tribe. He singled out his family to continue to rule the state but people of the state rejected the idea of enslavement.”