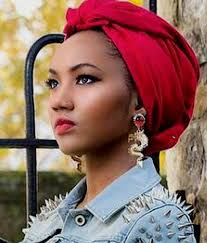 Daughter of Nigeria’s President-elect, General Muhammadu Buhari – Zahra Buhari – has attracted the attention of Nigerian social media users after she updated her official Facebook page, giving herself the title of “Government Official.”

Her decision to address herself thus has attracted the criticism of social media users who are reprimanding her, primarily because her father, General Buhari had earlier said he would scrap the office of First Lady when he gets into office.