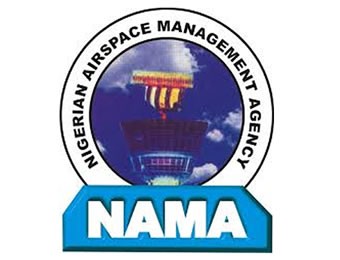 After days of flight diversion to neighboring countries due to poor visibility at the Murtala Mohammed Airport, Lagos the Nigerian Airspace Management Agency NAMA, says arrangements have been concluded for the commencement of flight calibration navigational facilities in the next few days

NAMA in a release signed by Mr Khalid Emele, General manager public affairs, assured all airspace users and the general public that the Nigerian airspace remained safe for air travel even as the agency was working assiduously towards continuously upgrading its navigational infrastructure in line with ICAO Standards and Recommended Practices.

Emele explained that the newly installed CAT III ILS was implemented to forestall situations the current situation being experienced by airlines.

“The idea behind the installation of CAT III Instrument Landing System in strategic airports in the country was borne out of the need to enhance safety, efficiency, access and seamlessness of flight operations in our airspace especially during the harmattan
season”

His words, “Nonetheless, the British Airways (BA) company requirement for approach and Landing on runway 18 Right using PBN is 1800m as against the prevailing visibility of 1500m.

“It should be noted that all other foreign operators including Emirates, Delta, KLM, Lufthansa, etc landed on the same runway in similar weather conditions”.

“It should also be noted that BA, despite the above diversion, BA has been operating into Lagos daily using the ILS CATII on Runway 18 Left with the same prevailing weather conditions. Therefore, these diversions are avoidable based on existing facilities”, he added.

He further disclosed that the newly installed CAT III ILS was implemented to forestall situations like this.

“As it stands, arrangements have been concluded for the commencement of flight calibration navigational facilities nation from the 16th of January, 2020″.

The Air traffic controllers had earlier expressed concern about the diversion of international flight to Accra, Lome and other places as a result of poor integrity of navigational aids at the Murtala Muhammed Airport, Lagos.

President, Nigerian Air Traffic Controllers’ Association (NATCA) Abayomi Agoro in a statement described the situation that led to diversion of British Airways and Air France flights as, “unwholesome”.
Agoro disclosed that the sad event was occasioned by poor visibility and haze but more worryingly accentuated by the degraded state of navigational and landing facilities due to lack of calibration.
He further stated that they were equally concerned with the untold hardship the situation had visited on their members working in Lagos Terminal Approach position whose statutory responsibility is to ensure a round the clock safety in taking off and landing.
His words, “In as much as we sincerely appreciate government’s huge investment in the upgrade of aviation infrastructure in the sector, NATCA is nevertheless concerned about the perennial state of degradation of the essential facilities and working tools with attendant increased stress and workload which in practical terms translate to serious safety implications for the flying public”.

NATCA therefore urges the relevant authorities to take immediate steps to restore the full serviceability of the navigational and landing aids to ensure an effective end to the uncalled hitches recently experienced and prevent the re-occurrence of same.