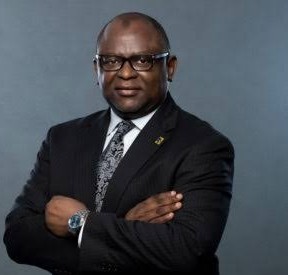 First Bank of Nigeria on Friday, rolled out support programmes for players in the agricultural industry at its 2019 Agric Expo held at the Eko Hotels and Suites, Victoria Island, Lagos.

The event which witnessed exhibitions from farmers and other players in the agric value chain, was the third edition of the Expo which the bank began in 2017 to provide support for the sector.

In his welcome address, Dr. Adesola Adeduntan, CEO, First Bank of Nigeria Ltd, noted that agricultural financing has been, and still is the core of the bank’s business .

“It is worthy of note that we commenced operations with a major strategic focus on financing agriculture development as well as enabling farmers and agribusiness development in Nigeria,” he said.

“At First Bank, we appreciate the imperatives of extensive agricultural value chain; the position of agricultural sector as a major contributor to the nation’s GDP, significance in generating FOREX earnings, employment and import substitution and its ability to eradicate hunger and poverty. We have a large base of SMEs and corporate agribusiness clients across Nigeria operating in all segments of the agricultural value chain – covering primary production, storage, processing, packaging and agro export.

“So, we can proudly say we are providing services across the value chain of the agricultural industry. In partnership with public sector institutions, First Bank has supported several state governments in Agricultural Development Trust Fund Scheme, an initiative designed to provide credit facilities to small scale farmers who would otherwise be constrained by the lack of collateral.”

Adeduntan said the bank has disbursed over N50 billion under the Central Bank’s Paddy Aggregation Programme and has supported 118 projects out of a total of 509 projects supported by all banks in the Commercial Agriculture Credit Scheme.

“We are partnering with a good number of states on the Central Bank of Nigeria’s Accelerated Agric Development Scheme (AADS). Notably, we have disbursed more than N50 billion under the CBN’s Paddy Aggregation Scheme (PAS). Our team of dedicated agricultural professionals, specialising in various fields of agriculture, are strategically located in our branches nationwide to identify and support agricultural enterprises covering the entire geographical regions of the country, with a suite of sector and customer friendly agricultural financing solutions tailored towards the bank’s support to the sector.

“Under the Commercial Agriculture Credit Scheme (CACS), the FBN/CBN initiative designed to provide long term credit facilities to the commercial agricultural enterprises at single digit interest rate, it would interest you to know that First Bank has supported 118 projects out of a total of 509 projects supported by all banks together, and disbursed over N100 billion under the initiative. The projects spread across input supplies, primary production, processing and marketing. Obligors include small, medium and large scale enterprise in the agricultural value chain.

Also speaking at the event, the Ondo State governor, Rotimi Akeredolu, represented his Senior Special Adviser on Agriculture, Pastor Akin Olotun, noted that it was time to ensure that herdsmen were “settled” as according to him, the practice of having them wandering around was no longer practicable as they were constituting hindrance to farming activities in addition to security challenges.

The governor called for concerted effort towards boosting farming activities, especially in the rural areas as it was a veritable tool for job creation.

“We must see farming as a business. If we see it as a business, we must ensure that it is competitive locally and globally. And a situation whereby our rural roads are in terrible states, we cannot get the best from the sector,” Akeredolu said.

“The cost of production will be very high. Moving your inputs to the farm, moving your produce from the farm, and even you as the farmer getting to the farm, by the time you get there, you are tired and you would have wasted a lot of man hours. So, there should be a concerted effort at the federal level because most of the state governments don’t have the resources.

“There must be a deliberate policy to transform our agriculture sector. Our rural roads have to be fixed. If we do this today, we will have urban – rural migration. And with that, problem of insecurity in our cities, problem of housing, traffic jams and so on, will become things of the past. Unemployment will go down drastically. So, we are appealing that something deliberate be done concerning our rural roads.

“As I said earlier, oil wealth is an ornamental wealth. At best, it should be the icing on our cake, and not the cake itself. We thank First Bank for the programme and we thank Mr. President because we know he is committed to the agriculture sector.”

In his own remarks, Prof Okey Oramah, President and Chairman of Afrieximbank, emphasised the need for African countries to pay more attention to the various stages in the agricultural value chain as according to him, it was the only way to maximize the potential available in the sector.

Oramah who was represented by Mr. Babajide Shodipo, the bank’s Senior Manager, Export Development Advisory, said: “The higher like most commodities, over a certain period, you will notice volatility in the price; it can go high and sometimes very low. But I can tell you that at least, for the shirt that you wear, which is made from cotton for example, there is no time that you go to the retailer, and the retailer will say that the price of cotton is very low today I’m going to give you a discount on the shirt.

“So, one very interesting point for your consideration about value chain is that even though commodities prices are volatile, the higher you are on the value chain; the closer you are to the final consumer the less vulnerable you are to the inevitable switch in volatility when it comes to value chain.”

Also speaking, the Minister of Agriculture and Rural Development, Alhaji Mohammed Sabo Nanono, while commenting First Bank for the initiative, regretted however, that the banks were not doing enough to support the agricultural sector.

“The banks in Nigeria were never made to be partners in development. But if you look over the years, nearly 70 percent of the banks assets; the resources are from the government: deposits, loans, they are all from the government,” he said.

“So, you can make a case in the light of this, that they are sometimes only being timid or prefer to speak long English for not participating in the financing of agriculture.

“I think there is no denying it. When the banks were in crisis, government came out to subsidize them by taking over the bad loans and handing them over to AMCON. I think at some point, they took over nearly N7.2 trillion. If you compare that against shareholders fund of all banks in Nigeria, which was then about N2.2 trillion, you may want to ask: who owns the banks? Government. And they know. Who is the government subsidizing? Just a tiny elite who are the shareholders. So, the important thing is everybody should come on board.”

The Minister called on Nigerians to support government’s effort to grow the agricultural sector and avoid complaining when certain imports are banned. According to him, fish importation into the country should also be banned.

“But more importantly, when you are talking about these value chains and other systems, Nigerians should also make sacrifices and endure few inconveniences. For example, when government takes a decision for us to ban importation of rice, there were cries and other things like that. But look at what it has done in the last few years. Things are changing for the better.

“Yesterday, I was discussing with some people and the issue of fish industry came up. If I have my way, I will close shop on importation of fish because we have enough fish in this country. And I’m telling you, somebody told me that the marine resources that we have, if we harness them very well, it will be equal to what we are getting in the oil industry.”