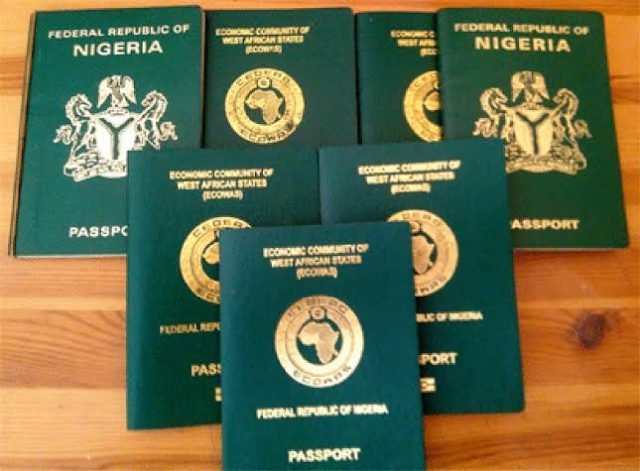 The Presidential Taskforce on COVID-19 has released the passport numbers of 100 Nigerians who refused to undergo the mandatory COVID-19 test after returning to the country.

In a tweet on Saturday, the taskforce said it had placed travel restrictions on the affected passengers for failing to comply with COVID-19 travel guidelines. 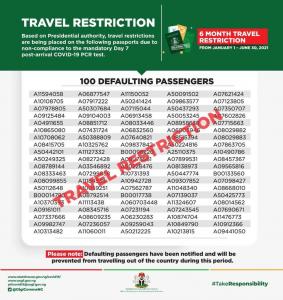 Travellers are mandated to run the test seven days after their arrival.

At its December 24 briefing on Thursday, Sani Aliyu, national coordinator of the PTF, had said the passport holders will be suspended from travelling for a minimum of six months adding that the visas of foreigners who evade the mandatory test would be revoked.

At the time, Aliyu said the 100 affected persons have been contacted and they have confirmed that they failed to do the post-arrival test.

The Lagos state government has also threatened to deactivate the passports of travellers refusing to comply with COVID-19 testing protocols.