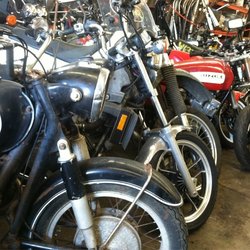 …directs operational departments to gear up for a new Nigeria

The FCT Permanent Secretary, Engineer John Obinna Chukwu, made this disclosure yesterday after meeting with the Chairman of the Task Team and the FCT Police Commissioner, Mr. Wilson Inalegwu in his office in Abuja.

The Permanent Secretary further disclosed that the Task Team also impounded 645 unpainted commercial vehicles as well as 84 illegal commercial buses in the Federal Capital City during the period under review.

“3,000 commercial sex workers have been arrested by the Task Team and handed over to the Abuja Environment Protection Board for prosecution and subsequent rehabilitation”.

Chukwu reiterated that the Task Team also embarked on city cleaning activities, which culminated in the closure and/or removal of 52 illegal car wash sites and 83 illegal auto mechanic workshops.

“In addition, 8 illegal sand dredging and quarry sites; 205 shanties; 89 illegal markets; 7 illegal car marts and 98 food vendors kiosk and furniture workshops all located in unauthorized places within the city have been closed down.

“Similarly, a total of 2,534 street hawkers and beggars have been arrested by the FCT Administration; 102 strayed animals were removed from illegal cattle markets in Gudu and other parts of the city during the same period”.

The Permanent Secretary therefore directed the Task Team to redouble its efforts to rid the Federal Capital City of all environmental nuisances; stressing that it is not business as usual.

He further directed all operational departments in the FCT Administration to sit up to ensure that their statutory responsibilities are carried out to the later; insisting, “We must be pro-active in city management in line with the vision of a new Nigeria”.

In a related development, the Permanent Secretary called on the residents of the Federal Capital Territory to be law abiding and remain their brothers’ keepers.

While soliciting for their utmost cooperation to the government, Chukwu urged the residents to report any suspicious movements to the law enforcement agents.