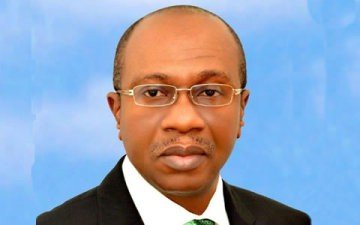 In the light of current trading pattern of the Nigeria local currency, experts have said that the induced stability in the foreign exchange market may not be sustainable given the level of the nation’s external reserves. External reserves have fallen to $29.8 billion from more than $39 billion in the dawn of year 2014.

In an effort to maintain solid Naira value, Central Bank of Nigeria had vowed through its erstwhile Governor Sanusi Lamido Sanusi to defend the naira by very possible means. Consequently over $60 billion was ploughed into the scheme in the past four years, situation the current governor, Mr. Godwin Emefiele, on assumption of office initially considered unsustainable because of its pressure on the external reserves.

But he did not reckon with the cycle of dwindling oil price which emerged almost at the same time he assumed office as well as the approaching 2015 elections which forced foreign capital to take flight to safety further putting the naira under massive pressure forcing the apex bank to official devalue the currency in November 2014 and introduced new foreign exchange market window.

Very low inflow of funds into the external reserves coupled with increased demand for dollar as a result of growing demands for foreign goods and services created massive reduction to the nation’s external reserves position.

While currency seems to be holding out and proving a short term advantage for the country due to the pegged price at N198 per dollar, analysts still feel that the currency may be overpriced and doubt how long the CBN can continue to fund the market at the present rate.

Meanwhile, opportunities for arbitrage continue to exist in the Bureau De Change (BDC) segment with a spread of N25.5 over the CBN’s intervention rate.

This implies that the CBN fixed interbank exchange currency management has again fails to curb arbitration at the unofficial window or parallel market supply side.

In its April 2015 regional economic outlook for Sub-Sahara Africa with projected economic growth rate of 4.5 per cent, IMF said that for the region eight oil exporting countries, fiscal adjustment is a priority.

The Fund also asked policy makers to support an adjustment by allowing export rate to depreciate where flexible exchange rate mechanisms are in place.

Some pundits however feel that devaluation as a strategy for managing the nation’s currency exposure has been over flogged since there is no improvement in fundamental determinants that may strengthen the currency after the exercise.

The repercussion of a two time devaluation has been a growth in general prices of goods as well as services in the economy.

Inflation has moved up for five consecutive months since November showing aftermath of what to expect as devaluation would pose threat to the CBN single digit inflation objective.

This is consequent on the elimination of RDAS window and the CBN’s intermittent interventions which shut out liquidity in the market even as demand remains in excess.

The firm in its opinion believes the induced stability in the FX market may not be sustainable given the level of external reserves at $29.7bn and reduced prospect for accrual with low level of crude oil prices. The external reserves which has fallen by 13.9% year to date can barely cover six months of import. This may even be lower when the reserves are discounted for the forward FX sales made by the CBN last year.

However, in spite of all measures that has put in place by the regulatory authority, the demand for dollar continues to rise but most time unmet. The supply side has continued its pressured pattern because of excessive demand for greenback.