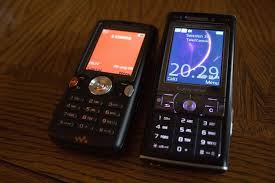 Haruna, who is working with the Mohammed Abdullahi Wase Specialist Hospital, Kano, told the News Agency of Nigeria (NAN) in Kano on Sunday that the trend could make users prone to obesity, lack of concentration and other diseases.

He said that schools and the family have an important role to play in checking the ugly trend by preventing children from using mobile phones from childhood, before they become addicted to it.
‎
Some parents in Kano have also expressed concern over the addiction of youths in the use of smart phones, describing the menace as “disturbing and dangerous to their health”.

Malam Ali Sadiq, a parent, lamented that “most of the youths who are in the age bracket of 18 to 35 years are addicted to smart phones, while few of them who are outside of this age bracket are also in the habit of using mobile phones anywhere they find themselves”.

Sadiq appealed to parents and other stakeholders in the state to educate their children on the dangers associated with persistent use of cell phones.

“Many parents are out of touch with the dangers faced by their children on tablets and smart phones,” she said.

Mr Gabriel Adekoya, another parent, also said: “Our youths nowadays are always glued to their phones, tapping away on WhatsApp, posting selfies or scrolling YouTube for the latest videos, some of them hardly relate directly with real people around them because of addiction.”

Mr Abass Yusuf, an Electronics engineer in the city, said that one could hardly see young people without smart phones.

“The most annoying thing is people over concentrate by surfing through their smart phones while at places of work, eateries or places of worship,” Yusuf said.‎

However, Dr Arikawe Adeolu, a Medical Practitioner, Federal Medical Centre, Jabi, Abuja, advised Nigerians to develop good phone hygiene as the device had the capacity to hold millions of micro-organism.