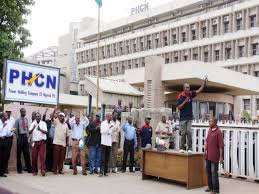 The customers, who spoke under the aegis of the Electricity Consumers Association of Nigeria, warned that any attempt to increase the tarrif would be resisted.

Although NERC had explained that the tariff cut was only for industrial and commercial customers and not residential consumers, the association said it was a welcome relief for the affected groups.

The President, ECAN, Mr. James Chijioke, told our correspondent that Discos should not kick against the tariff cut, stressing that they would recoup their investments over time if they provided adequate services to their respective customers.

Power distribution companies had kicked against the reduction in tariff as soon as it was announced by the regulator.

Three operators from the South-West, South-East and North-Central had told our correspondent that the cut was going to “severely drag many Discos backward.”

When asked if ECAN considered the impact which the slash would have on the operations of Discos, Chijioke, who is a legal practitioner, said, “Well, it is a private sector-driven economy and anyone that you slash his profit will definitely complain. But what we are looking at is that in the long run, the Discos will be able to recover their investments. Nigeria is a country of about 170 million people.

“Also, part of the problem we have is that consumers have been complaining that they are paying the Discos for services not rendered. We have channelled those complaints to the regulator. Now, if you look at those services that are not rendered but are paid for, you will find there is no way the Discos cannot recover their investments over time. So, they have to comply with the cut in tariff and we urge them to.”

He also said, “If you invest, for instance, N1bn in a power plant; you don’t expect to recoup that N1bn immediately. The power generation and distribution is a business that has to do with long term in terms of returns.

“So, investors should not put heavy burden on consumers such that it will make them to be unable to pay their bills. Therefore, it is better to have a tariff that you are able to pay over time than to just impose bills to make your returns in one block and make your customers perpetual defaulters.”

Chijioke stated that the group had presented a request to NERC, asking the commission to allow room for the establishment of emergency power plants particularly in industrial areas so as to free up enough power for residential consumers.

He said, “If our requests and prayers for emergency power plants in industrial areas are granted by the regulator, you will find out that this will free the energy that will go to residential power consumers. This is because the major consumers of electricity are industries.

“So if there is an emergency power plant, which takes about six months to set up, given to an industrial area, there will be enough energy for residential consumers. And mini-power producers will be able to discuss with the heavy industries on tariff rates to be charged and possibly get power purchase agreements that will enable them to invest more.

“What we are saying is that a rural farmer cannot afford a high tariff. Since the country is talking about boosting agriculture to enhance food production, it should be noted that farmers also need electricity, but it must be affordable.”

Chijioke noted that the reduction in tariff was beyond 50 per cent in some locations and stated that the group was working hard to ensure that the cut was not reversed.

He said, “The reduction, in some areas, is even higher than 50 per cent, going by the data from NERC that we have. What we are doing is that we want the government to know that Nigerians support this reduction.”

He added that the group would oppose any attempt to reverse the tariff reduction announced by the regulatory agency.

Culled from the Punch Newspaper