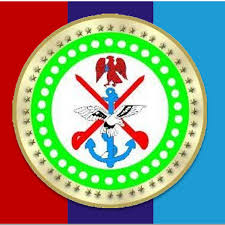 The Coordinator, Defence, Media Operations, Major General John Enenche made the call during a news briefing in Abuja, Nigeria’s capital.

Major General Enenche earlier in press released said “the Armed Forces of Nigeria and other security agencies have observed with dismay some violence-related protests across the country; particularly the increasing number of attacks on peaceful protesters by thugs and miscreants”.

The Defence Coordinator noted that this unfolding event against peace loving Nigerians would not be condoned. Hence, thugs and miscreants are warned to desist from engaging in violent activities against peaceful Nigerians henceforth, or face appropriate measures.

The Coordinator, Defence Media Operations, Major General John Enenche also said in this weekly update that between 15th to 21st October 2020, the Armed Forces of Nigeria have continued to maintain the momentum of the fight against criminality through aggressive clearance patrols, ambushes and raids in the North Central Zone.

Enenche noted that the Joint Force while on patrol on 18 October 2020 around Kango and Adumata villages came in contact with a group of armed bandits leading to exchange of fire.

He said “the gallant troops overwhelmed the bandits thereby neutralizing 2 while others escaped with gunshots wounds. Troops also recovered one AK47 rifle, one locally made rifle, 6 AK47 magazines, 110 rounds of 7.62mm Special ammunition and assorted drugs”.

The Coordinator stressed that troops of Operation HADARIN DAJI have continued to record significant successes against the armed bandits in the North West zone of the country.

He noted that the gallant troops have continued to exhibit continued resilience in the fight against armed banditry, cattle rustling and other sundry crimes in the zone.

He said in one of the feat recorded, “troops repelled bandits attack at Rawayu village in Kurfi Local Government Area of Katsina State on 15 October 2020. In the course of the encounter, 4 armed bandits were neutralized while others escaped with gunshot wounds”.

According to him, in another encounter security operatives in conjunction with vigilantes neutralized one Abubakar Haruna, a suspected arms trafficker and recovered 600 rounds of 7.62mm live ammunition along Tsakiya Road in Dutsinma Local Government Area of Katsina State.

Relatedly, troops of Operation HADARIN DAJI on 16 October 2020 arrested a suspected bandit collaborator at Sheme Junction in Bakori Local Government Area of Katsina State. Similarly, still on same 16 October, Forward Operating Base MAGAMI patrol team arrested 2 suspected bandits at Magami Market in Gusau Local Government Area of Zamfara State on their alleged involvement in an attack where one person was killed and 13 others were abducted on 21 September 2020.

He noted that these successes recorded within the period are evident of the troop’s resolve, doggedness and determination to end the security challenges in the North-West zone.

In the North East zone of the country according to him, troops of LAFIYA DOLE have remained resolute in their commitment to sustain the tempo in their operational activities. “With the period, series of ground and air operations were conducted by the gallant troops he added”.

Enenche saidthese include aggressive clearance operations, cordon and search operations, Intelligence Surveillance and Reconnaissance missions as well as artillery and aerial bombardments on terrorists’ hideouts at different locations in the theatre of operation. The cumulative operations of the troops with superior firepower have drastically denied the terrorists’ freedom of action and reduced their operational capabilities in the zone. Notably, on 16 October 2020, troops of Operation LAFIYA DOLE while on clearance operations encountered Boko Haram/ ISWAP at Sawa village in Nganzai Local Government Area of Borno State. During the encounter, 4 terrorists were neutralized while 4 AK47 rifles were recovered by the troops.

In the South West zone he said, troops of Operation AWATSE have continued to intensify the fight against pipeline vandals, economic saboteurs and other criminal elements.

According to him, troops of Operation AWATSE on routine patrol arrested 2 suspected oil thieves with products suspected to be stolen Premium Motor Spirit (PMS) at Agala 1 and Ilado areas of Atlas Cove in Lagos State. Troops have continued to dominate the general area with clearance and aggressive patrols while maintaining surveillance to rid the area of pipeline vandals and other economic saboteurs.

Meanwhile, members of the general public are reassured that the Nigerian Military would continue to tackle the security challenges to ensure that normalcy is attained in all the geo political zones of the Country. (VON)