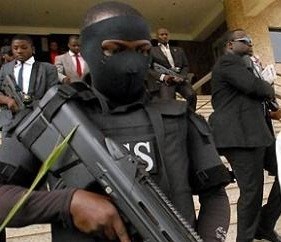 Abiodun Tobun is a two term lawmaker and member representing Epe Constituency 1 in the Lagos State House of Assembly. In this interview with select journalists, Tobun said that local government election would soon be conducted in the state. He also dismissed the PDP’s claim that the DSS Director-General is a member of APC, saying that President Muhammadu Buhari has the prerogative to appoint whoever he wishes to work with him. Hallmark’s OKUNADE ADEKUNLE was there. Excerpts:

The PDP accused your party, the APC of appointing a card carry member as the Director of DSS, what is your take on this?
They will tell you that, because when you get a person that failed they will give you flimsy excuses as a reason for their failure. The current DG of DSS did not come from the moon, he has been in the organisation for some time and he has been working for the organization, and he has been found worthy to remain in the post till today. I don’t think his senior colleagues were dismissed for him to emerge; he is qualified. I don’t also think it is wrong to vote at an election for any candidate of his choice, he is a citizen of this country and he has a civic responsibility to exercise in this country.

He is not a member of APC neither is he a financier of the party, so the President has a prerogative to appoint whoever to work with him, somebody who can do the job and deliver to his satisfaction and to the benefit of the country. And he has found him to be worthy and appointed him in that capacity. Let them say what they want.
There has been concern about the delay in the appointment of commissioners by Governor Akinwunmi Ambode, what is responsible for this because stakeholders suggest that it is affecting good governance in the state?

It is the responsibility of the executives to choose who works with them and it is until they choose them for us to approve. So, they have not brought it to us and we are not anxious to see the list. And most importantly you should know that this is just the third month that the government came into power and I don’t think three months without commissioners for a government that would run for four years is too much. The governor needs to look at the pedigree of those he wants to appoint and ascertain the credibility and ability of those that would work with him. The government is continuous and people should give the governor time to select his cabinet.
Like when should Lagosians be expecting that?
Like when the executive is ready with the list.
The House of Assembly passed a law against the abuse of train service in Lagos, especially passengers who hang on the train. What has the Assembly done to enforce the law?
Most of our people are law breakers we tell them not to pass the road and they would want to. We tell them not to sit on top of the train. First, it is not because Lagos State House of Assembly did not pay them salary but because we are meant to make laws for the wellbeing of our people and that was why we passed the resolution that nobody should sit on the top of the train. You don’t expect us to go and catch them, Lagos State government has equal role on this, the Inspector General of Police has been informed, the Commissioner of Police and zonal commanders have be informed too. It is the responsibility of the railway officers to arrest those that go against this law. We will continue to shout, but at the same time we are advising our people for their own safety sitting on top of railway is dangerous to their health and well being. I am equally charging the police that if
anybody is caught he or she should be prosecuted and dealt with, but for the House of Assembly it is our duty to pass the laws then the other institution to implement it, and for the judiciary to punish whoever that float the law.  People come to Lagos with the mindset that Lagos is no man’s land and we have been telling them that we cannot take such thing in the state.

We want the media to continue to enlighten our people by promoting programmes that would continue to enlighten our people on radio, television and newspaper. It is totally not acceptable and good to urinate in public, it dehumanizes you and this affects the environment. People would take one way they know fully that it is wrong even when government says that it is an offence. Government say don’t take your motorcycle to the high way people still ride motorcycle on the high way. Our people are not willing to obey the rules and laws of the land that is why they are making big business for corrupt police officers not all of them.
What is the Assembly doing concerning the indiscriminate dumping of refuse in some parts of the state?
Our people are naturally dirty. We know what is right. You will see people eating packed food and after they finished eating they would look right and left to see if any law enforcement agent is around before dropping it.

The argument is that the government is playing politics with some of these laws. For instance, during electioneering such policies were not implemented and now it has become difficult to enforce it. The school fees of LASU which was reduced and now there are issues in the institution?
The school fee of LASU was not naturally increased by the state government, the N25, 000 fee was what they were paying and this was based on the recommendation of the committee set up by the former governor to look into how education could be enhanced, how cult activities could be eradicated in the state. Men of integrity were selected to do that and they recommended that the school fees should be increased and when it was experimented they discovered that majority of the citizens could not pay, so the executive looked into it and the school fees was returned to normal. Those who have paid before their remaining balance were returned to them.

I want to tell you that before now for those who are indigenes of the state they were giving scholarship and even N25, 000 busary. What we end up doing was to ensure we allocate more funds to cushion the effect, rather than to wait.  We are trying to make the best standard.
Some people have alleged that since the money have being taken back to N25, 000 construction works in the school have stopped, why?
How much amount can N25,000 do in the construction of building the school. Government is allocating funds to tertiary institution and you know your enemy would never see anything good in what you are doing, so our detractors may say anything negative, but Lagos still remain the centre of excellence. What they are enjoying in Lagos State cannot be enjoyed in any other place in the country and I know that nearly all families have their representative in this state, and also nearly on daily basis thousands of people enter Lagos.

How many people go to Osun, Ogun, Oyo, Anambra and Enugu? Our infrastructure have been over-stretched beyond limit and that was why we introduced Residents Registration Agency, where we can capture those who migrated to our state. It is just a statistic to enable us plan for the future, so we want the cooperation of everybody. Whatever we are doing in Lagos state we are doing it with sincerity of purpose.
The Executive Secretaries have been in office in the local councils of the state for some time now without election being conducted. Is it not unconstitutional to continue to keep them in office?
PDP will say that, but it is a wrong impression. Lagos State government has been conducting elections into the local government councils. This time around we are to conduct the election three months to the expiration and LASIEC asked the INEC to give them the comprehensive voters register in Lagos state to enable them to conduct the election, but they refused. We cannot do anything outside the law so the law still empowers the Lagos State government or any executive governor to have caretaker committee for three months, which is renewable to enable us, put our house in order so that it will not be that some people would be disenfranchised during the local government election.

So if you have permanent voters register it is expected that the comprehensive voters register from INEC should be handed over to LASIEC to conduct the local government election. So it was a PDP agenda which failed, so when it failed they are now shouting and going everywhere to look for sympathy. Like I said the executive secretaries have three months to spend after the expiration Lagos House of Assembly is a House that knows what to do at the right time.