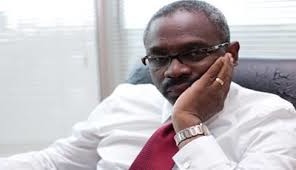 The Registered Trustees of Social Justice and Civil Rights Awareness Initiative has challenged the morality of Hon. Femi Gbajabiamila to contest the speakership of the House of Representatives, asking  a Federal High Court in Abuja to disqualify him.

Justice Abdul Kafarati is presiding over the suit which was lodged before the high court by the group, in the suit filed pursuant to Order 26 Rule 8 of the Federal High Court Civil Procedure Rules, 2009.

The group is contending that Hon. Gbajabiamila is not morally fit to head the third arm of governance in Nigeria, alleging that he was previously ‎”convicted in the state of Georgia for unethical practices and was debarred as a lawyer for 36 months”.

The ex-parte motion is being argued on behalf of the group by Human Rights lawyer, Chief ‎Mike Ozehkome, SAN.

In a supporting affidavit ‎that was deposed to by one Alojie Nmerengira, the plaintiff told the court that its investigations revealed that Gbajabiamila was convicted by the Supreme Court of Georgia in 2007, even as it attached a copy of the order of the court as ‘Exhibit A’.

Nmerengira averred: “That I am the Chairman of the Board of Trustees of the plaintiff organization by virtue of which I am very conversant with the facts deposed herein.
“That the 1st defendant is a member of the House of Representatives who nurses the ambition of becoming the Speaker of the House in the next Assembly. That the 2nd defendant is the constitution body created to carry ‎out legislative functions for the good governance and advancement of the Federal Republic of Nigeria.