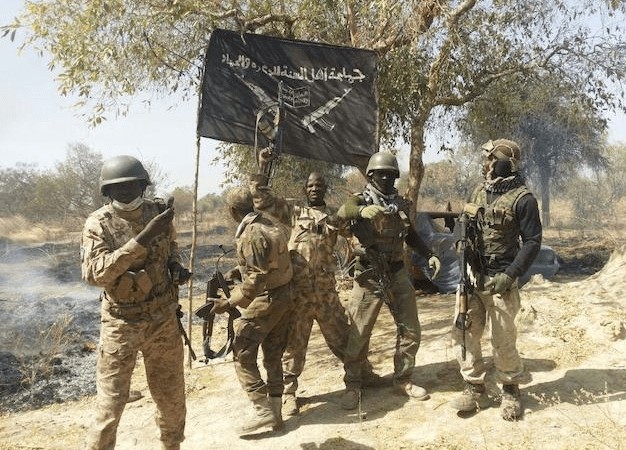 Boko Haram insurgents have killed at least seven Nigerian soldiers, while seven others are missing after a military patrol team drove into a Boko Haram ambush in Borno State on Wednesday.

Military sources told online medium, Premium that the soldiers were on their way to Maiduguri from Gubio when they came under attack in Madamari, a farming community along Gubio-Magumeri Road, at about 4:30 p.m. The soldiers were attached to the Nigerian Army 109 Battalion (Special Forces) in Almajiri.

According to Premium Times, Soldiers from the battalion responded to a distress call from the company, but they appeared to have arrived too late to minimise the damage. Seven soldiers had been killed and an additional seven feared missing by the time the reinforcement arrived. Boko Haram had also fled the scene after setting a military gun truck on fire, military sources said.

A senior military officer with details of the attack said the seven missing soldiers were suspected to have been abducted by Boko Haram.

Thursday Reuters reported that terrorists claimed they killed 14 soldiers during the attack, indicating that the seven soldiers feared missing might have been killed by the insurgents.

Madamari in Magumeri Local Government Area is amongst hundreds of agrarian communities clustered across vast swathes of territory between Gubio and Maiduguri, the Borno State capital, that the Nigerian Army had abandoned in recent months. Military chiefs said soldiers were pulled out of the communities and major highways that run through them and moved to ‘super camps’.

The chiefs said the move would aid effective coordination of response to Boko Haram’s deadly activities across Borno and Yobe, two states racked by the decade long insurgency. But locals complained that they had been left vulnerable to Boko Haram fighters, who now have significant control over residents in at least five local government areas.

Sagir Musa, a spokesperson for the Nigerian Army, did not return calls and text messages seeking comments about the deadly attack on September 25. He also did not return comments on the controversy around the establishment of ‘super camps’ against the vulnerability of residents across unprotected communities.