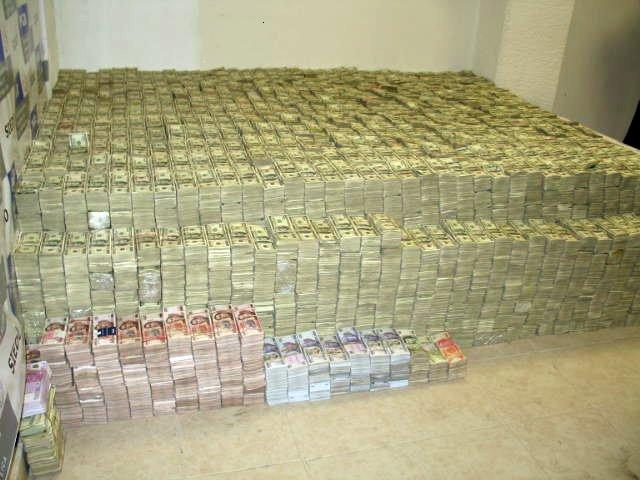 President Mohammadu Buhari’s vow to recover funds stolen by government officials in recent past is in order but certainly not enough if his government is to meet the expectations of Nigerians who voted him into power. Buhari’s remarkably ruthless war against corruption as a military head of state gave him an edge over former President Goodluck Jonathan in the election that brought him back in power after three failed attempts.

The interpretation is that Nigerians are in dire need of a leader with the capacity to cure the richest nation in Africa of the disease that keeps it with the highest number of poor people in the world. The understanding is that the people are desirous of a system with no hiding place for those whose wealth comes from the impoverishment of others. The explanation is that the masses now yearn for a government that will give a showdown to those who are the true enemies of the society. The meaning is that the mandate this time is zero tolerance for corruption.

Recovering loot is good but preventing it is much better. Forestalling looting by any government begins with its appointments. It is in this respect that Mr. Buhari deserves commendation for the boldness of rejecting mistrial lists recently brought to him by the various state governors. His reason was that only those well known to him will form his cabinet.

Of course accepting lists from governors would have conflicted with a resolve to fight corruption. Several factors determine who makes the lists of these governors. Unfortunately most of the factors are the true reasons why the country is still far from development 55 years after independence.

An oil thief who sponsored the election of a governor can easily find his name on the list even when he is an arch enemy of the Nigerian economy. A brother-in-law or close friend of a governor who has questionable character and competence can make the list even when he will only constitute an administrative disaster. These partly accounted for failure of previous administrations and must be avoided by the present government as a way forward.

Issues have been raised concerning those who facilitated Buhari’s second coming through the change revolution. The believe in many quarters is that an anti corruption move that spares a stupendously rich former governor of Lagos State will be far from credible. The result is a misgiving about the ability of a major beneficiary of looting to wage a serious war against same.

Mr. Buhari should know that where the interest of the people conflicts with that of his party men, letting the people carry the day is the only way to demonstrate that change is really at work. When the people call for the sack of a public office holder with patriotic reasons, not even the national leader or national chairman of his party should stop it. There should be no “don’t touch” petroleum minister this time as all the ministers should be treated and penalized equally when the need arises. That is another sure way of preventing looting.

The Economic and Financial Crime Commission (EFCC), a body set up to go after perpetrators of graft has unfortunately turned to an instrument of selective justice lately. As such only those out of tunes with the president are checked and brought to book while others who steal even more go scot-free as a reward for their unpatriotic loyalty. Putting EFCC back on tract is critical to blocking the ungodly channels of looting.

We are in a country where the educational and health facilities are only patronized by ordinary people while the ‘real men and women’ sort themselves out abroad, mostly with looted funds. Records have shown that the amount of resources the nation loses in this regard can bring our schools and hospitals to the standards of their United States, German and London counterparts. Recovering and preventing looting will, no doubt, leave more funds for the overhauling needed in these critical sectors.

Past governments have indirectly promoted corruption while also preaching against it. A typical example was the award of national honours to those who were nowhere near the prerequisites. The national honour was originally meant for those who have in one way or another made the country proud.

But a situation where the good ones share same with those who have brought shame to the same nation leaves a wide gap between words and action. Here lies the answer to why eminent personalities like the late Chinua Achebe, the late Gani Fawehinmi, Wole Shoyinka have found it more honourable rejecting the honours at different times.

When an honour given to a maker to encourage him is extended to a killer, the killer cannot but be encouraged. And if looting is the best killing method known to him, he can only loot the more.  This government must make the national honour exclusive to only men and women of integrity.

The resolve to recover stolen funds is a step in the right direction. But putting in place measures that will make looting almost impossible is a better path to progress. While recovering loot is conventional to Nigeria, preventing it will prove that it is not business as usual.

Ejere, a journalist, lives in Lagos